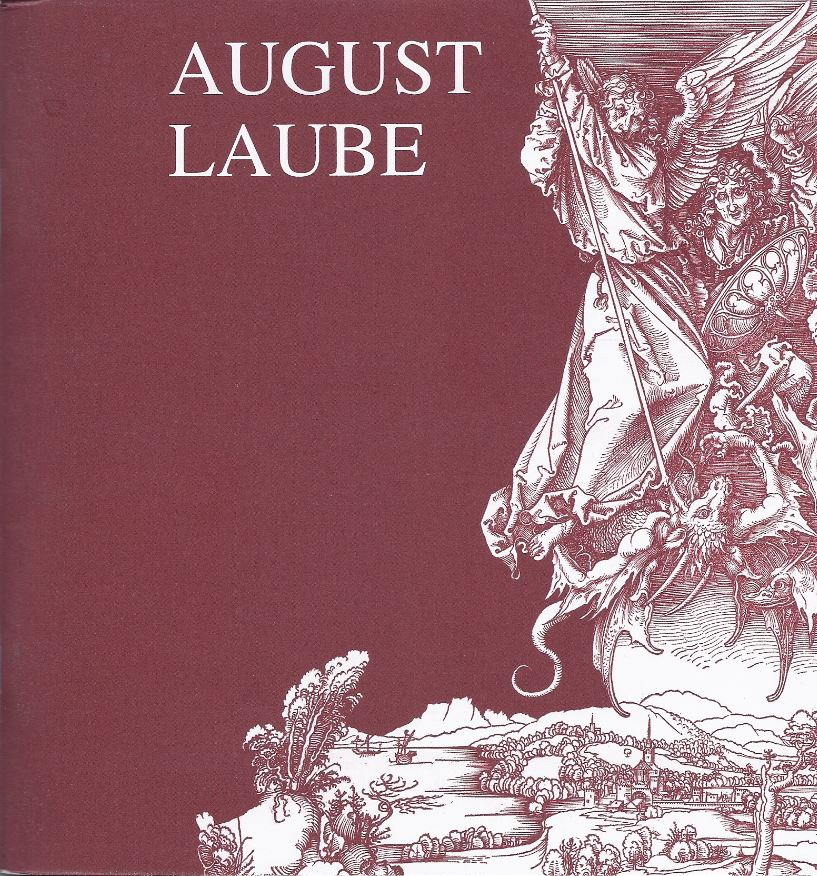 This month we received a catalogue from August Laube of Zurich, Switzerland. It is their Spezialkatalog 2013. The firm specializes in “Buch und Kunstantiquariat,” or Books and Visual Arts. They have been in business in Zurich since 1922. This catalogue is divided into categories, with the subjects being Old Master Prints, Modern Prints, Rare Books, Drawings, and Helvetica. For those who know Helvetica only as a typeface (and one designed in Switzerland), it also refers to Swiss prints. As can be seen by the topics, the items offered here are notable for their artistic qualities, as most are more suitable for hanging on the wall rather than placing in a bookshelf. However, they all fit within the category of “works on paper,” a broader field now followed by many who in an earlier generation may have collected only within a single sphere.

The Swiss generally speak a multitude of languages, and this catalogue comes in two of them – German and English. Descriptions are provided for all items in both languages. That said, the items are focused on visual arts, so textual descriptions are of limited use, other than to explain the background of the particular work. Fortunately, images are provided for all items. We will provide a little background for a few of the items, but this is a catalogue that must be seen to be understood. If this is material you collect, we recommend contacting Laube for a copy.

Item 15 is Das Bapstum mit seinen Gliedern gemalet und beschrieben. This is a 1557 edition of a book first published in 1526, with verses provided by an unknown author. The feature is the woodcuts by Lucas Cranach, picturing various officials of the Catholic Church, including the pope, a cardinal, bishop and various clergy. However, don't expect anything too complimentary to the Catholic Church about this book. The preamble and postscript were provided by Martin Luther, and he was hardly a great fan of the Church. Priced at CHF 7,000 (Swiss francs or approximately $7,650 in U.S. dollars).

There could hardly be a topic more appropriate for France than that of this 1801 (second edition) book from Paris: Traité théorique et pratique sur la culture de la vigne, avec L'art de faire le vin... This is a book about wine making, and no one is quite as good at this as the French. They have been doing it for a long time. This is considered a great work on wine making, written by chemistry professor J. A. Chaptal. M. Chaptal lives on through the word “chaptalisation” (a word with which I will admit I was not previously familiar). Chaptalisation is the process whereby sugar is added to fermenting wine to increase the alcohol content. Item 17. CHF 1,800 (US $1,970).

Here is a notably artistic book, dating all the way back to 1543: Ursprung und Herkum[m]en der zwolff ersten alten Konig und Fursaten Deutscher Nation. It contains 12 woodcuts of German emperors executed by Hans Guldenmund of Nuremberg. It is doubtful that Guldenmund himself cut the blocks, but he published woodcuts of others in his role as a printer. The images have been colored in a contemporary hand, and while Guldenmund was an illuminator early in his career, he was likely too busy for the task by this time. This book is today extremely rare. Item 16. Price on request.

Item 2 is a print of an engraving by Martin Schongauer, which dates from 1480-1490. If Wikipedia is to be believed, “he was the most important printmaker before Albrecht Durer.” His works certainly have earned the honor. Item 2 depicts St. Michael slaying the dragon. Michael is depicted as a young angel with beautiful wings. He holds a spear, stuck into the hideous, crab-clawed dragon's mouth. There is no question who is the good guy and who is the bad, with the biblical story being one of the triumph of good over evil, or Michael over Satan, whom the dragon represents. CHF38,000 (US $41,580).

Speaking of Durer, Michael and the dragon, item 4 is Albrecht Durer's interpretation of the same event. Michael may not be quite so young and handsome here, but the dragon is certainly comparably repulsive. This impression from Durer's engraving was made in 1511. CHF 16,000 (US $17,508).