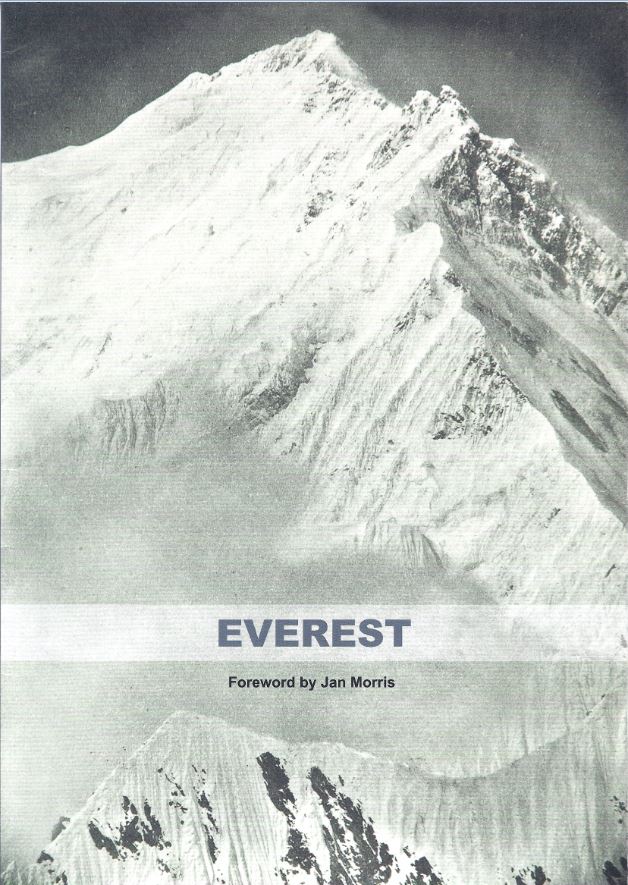 Aquila Books of Calgary, Alberta, and Meridian Rare Books of London have joined together to produce a very special catalogue – Everest. For almost a century after it was first realized that this was probably the tallest mountain in the world, men dreamed, and then attempted, to scale its heights. Many failed. At over 29,000 feet, it is frigid, windy, stormy, icebound and has air so thin it is extremely difficult to breathe with even the slightest exertion. Nevertheless, assaults on the mountain continued. After all, it was still “there.” Finally, in 1953, in an expedition whose best remembered participant was Sir Edmund Hillary, the summit was reached. Man had set foot on the tallest spot on Earth.


In the years since, many more expeditions have been launched. The first successful American group reached the summit in 1963. Numerous other national and international groups also reached the top. Since then all kinds of records have been achieved – first woman, first solo ascent, first ascent during winter, first ascent without oxygen, first blind hiker, youngest (13), oldest (80), most times by one person (21). It seems ways have been devised so that any tourist can make it to the top. Someone has made it to the top in every year since 1975, with as many as 633 reaching the top in a single year. None of this diminishes the feats of those who braved the ice for years under more primitive and less knowledgeable conditions, not knowing the way, until finally Hillary and Tenzing Norgay touched the top of the world in 1953.


Many of the books in this catalogue come from the personal collections of George Lowe and Michael Ward. Both participated in 1953's first successful ascent. Lowe was a photographer who participated with Hillary in other climbs, both before and after Everest. Ward came as a physician, one interested in learning about the effects of high altitude on humans. Now, we turn to a few of the over 400 items relating to Mt. Everest in this catalogue.


We start with the first recognition of the size of the mountain and its naming: Papers relating to the Himalaya and Mount Everest, by Lieutenant-Colonel A. S. Waugh and B. S. Hodgson, published in 1857. Waugh was the first westerner to climb Everest (obviously not to the top). He writes of what was then known as “peak XV,” that it “is higher than any hitherto measured in India, and most probably it is the highest in the whole world.” He goes on to explain his naming the mountain for his predecessor, Col. George Everest. He notes that Everest said that geographical features should be given their local names. Indeed, Everest would later oppose using his name for the mountain. “But,” Waugh says, “here is a mountain...without any local name that we can discover...I have determined to name this noble peak of the Himalayas 'Mont Everest.'” Hodgson later says that it does have a local name, “Devadhunga,” and Col. Everest himself would point out that his name was not pronounceable by Indians, but while the mountain was not unnamed, it had different Indian, Tibetan, Chinese and other names, which is likely why “Everest” has lasted so long. Item 2. Priced at £750 (British pounds or $1,143 in U.S. dollars).


In 1921, the first attempt to seriously survey the mountain for a major assault was undertaken by a group of British explorers led by George Mallory. Item 16 is the account by C. K. Howard-Bury: Mount Everest The Reconnaissance, 1921, published in 1922. They surveyed the mountain, reaching an altitude of 23,000 feet, and spying a possible route. However, they were not equipped to go farther. The information they brought back enabled the British to make the first serious attempt to scale the peak, the 1922 expedition that climbed to over 27,000 feet, reaching within 2,000 feet of the top. Offered is a copy of the limited (200 copies) large paper edition. £4,000 (US $6,097).