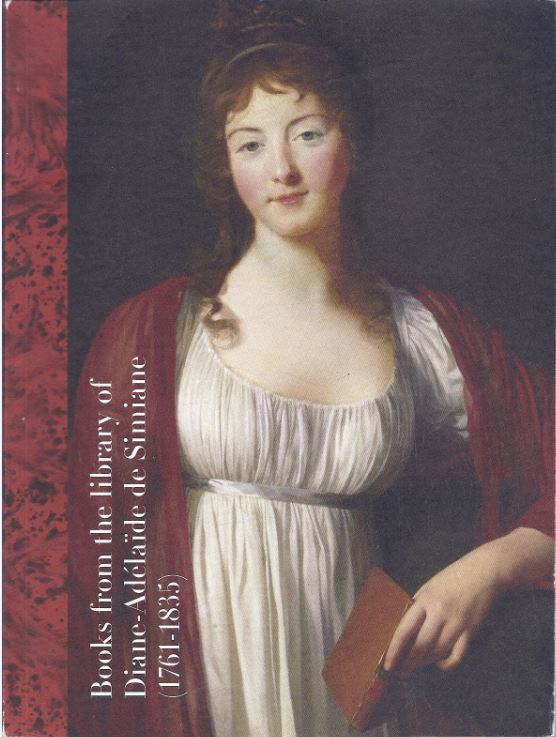 
Diane-Adelaide de Damas d'Antigny was the daughter of the Marquis of Antigny. In 1777, at the age of 16, she married Charles-Francois de Simiane, the Marquis of Miremont. It must have been quite the event, as Diane was considered by many to be the most beautiful woman in all of France. That is her picture on the catalogue's cover. However, the marriage also must have been one of combining prestigious families rather than a passionate love affair. Charles was very likely gay and the relationship platonic. Others tried to take advantage of this, but Mme de Simiane resisted their attempts. Resisted most, anyway. Charles had accompanied the Marquis de Lafayette to America, and once back in France, the French and American hero took up with his wife. Though Lafayette was also married, and remained so, he carried on an affair with Mme de Simiane for many years, and they remained close long thereafter. Indeed, Lafayette's wife became friendly with her as well (Mme de Simiane was reportedly a very nice person) though there must have been some awkwardness.