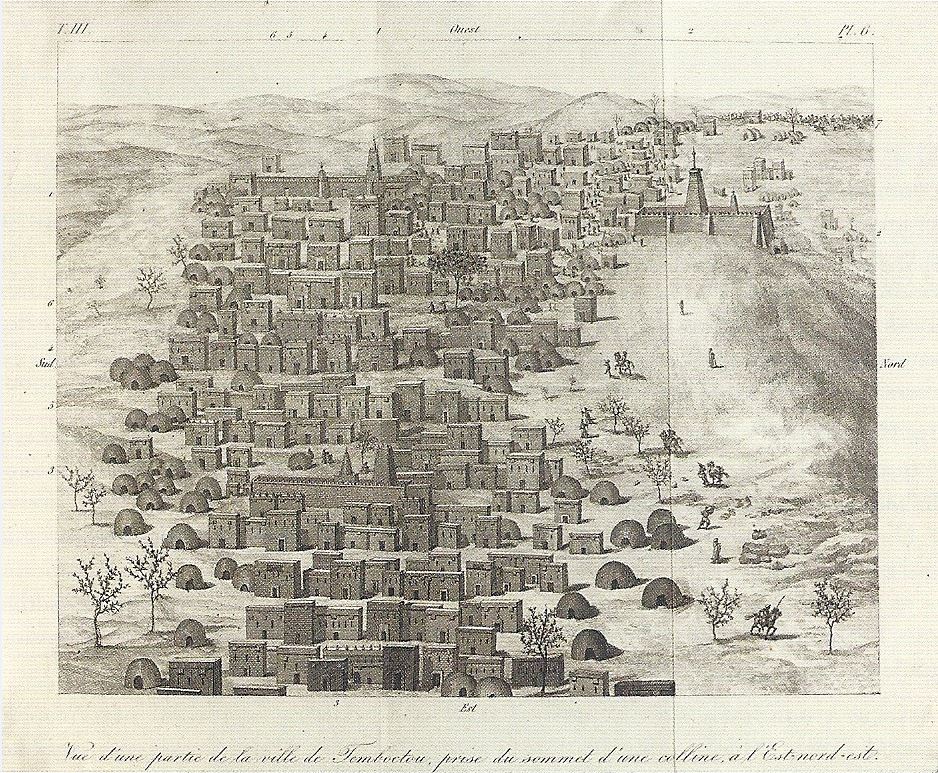 René Caillié was the unlikeliest of explorers. He was born of the lowest class in society, and set out on his journeys without the large caravans to which more fortunate explorers had access. He traveled alone or with a companion. A major prize was offered by the French Geographic Society for the first person who traveled to Timbuktu and returned alive. In typical low-budget fashion, Caillié learned the language and customs of the Arabs, converted to Islam, and used these connections to have others lead him to the mysterious city. While not the first European to view Timbuktu, he was the first to return alive to tell its tale. What he told was disappointing but the truth – Timbuktu was a poor, unimportant city, not a place of untold wealth as many believed. Item 19 is Caillié's account, Journal d'un voyage à Temboctou et à Jenné, dans l'Afrique centrale, published in 1830. €10,000 (US $13,081).


Here is an account of another French traveler's trip to Africa, though this one is subject to much doubt: Voyage au Congo et dans l’intérieur de l’Afrique équinoxiale. Jean Baptiste Douville traveled to the Congo and interior Africa from 1828-1830, or so he said, publishing his book in 1832. It is likely that he was inspired by Caillié and perhaps wanted to share in his glory. He was welcomed on his return by the French Geographic Society which readily accepted his version of events. However, further investigation brought Douville's claims under grave doubt. He responded in writing that his accounts were accurate, and time has shown great accuracy in most of what he wrote. However, it is also likely that he obtained much of this information from unpublished Portuguese manuscripts to which he had access. Douville left France for South America under a cloud and reportedly was murdered there in 1837. Item 32. €6,500 (US $8,491).