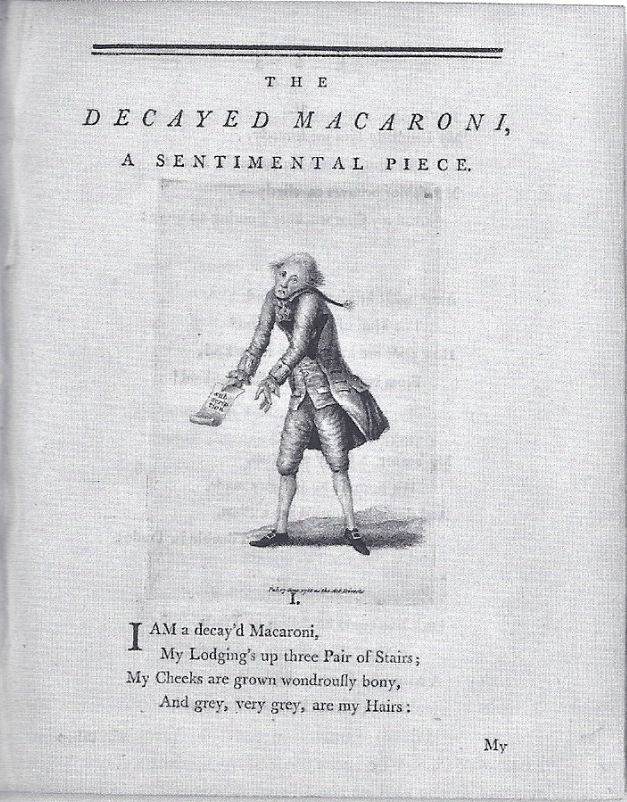 Item 300 is The Satires of Juvenal paraphrastically imitated... by Edward Burnaby Greene, published in 1764. Greene was a poet, translator, and brewer, apparently not particularly notable in any endeavor. He was born without the surname “Greene,” but that was added so he could inherit the brewery of a childless uncle named “Greene.” He ended up running up large debts on its account and was forced to sell the brewery and his fine library, which was sold at Christie's. What we do know from a contemporary critic about Greene's works is that they could be found “at Mr. Birch's Pastryshop...and at all the principal Cheesemongers in London and Westminster.” How many poets can make that claim? This copy was presented to the Bishop of Lincoln and was bound in red morocco. We don't know whether it came with a slice of cheese. It is accompanied by a manuscript (presumably unpublished) sonnet. £1,700 (US $2,685).


Item 205 is an obscure work, A day in Vacation at College. A burlesque Poem. It was written by 22-year-old William Dodd, who was ordained a deacon in the year of its publication, 1751. It includes university customs, undergraduate slang, and other stories about university life in a mock heroic poem. £850 (US $1,343).


The Rev. Mr. Dodd becomes the subject of this next poem, published many years later (1788). Dodd assisted many charities and was basically a good man, but he was not one for the poor life. He lived well, and unfortunately, beyond his means. His enjoyment of the high life earned Rev. Dodd the sobriquet of the “Macaroni Parson.” Short on money, Dodd attempted to use a bribe to secure a better position. It caused a scandal, and the Reverend went off to the continent in self-imposed exile. Two years later, he returned to England, a fatal, quite literally, mistake. He could not control his financial desires, and again short of money forged a bond in the name of a former student to secure a loan. Such financial shenanigans on Wall Street would probably get you a raise from your employer today. Back then, the only kind of raise it got you was one onto the gallows. Due to some smudging on the bond, the banker went to the student to have him sign a fresh copy, whereupon Dodd's forgery was found out. The Reverend was sentenced to death. Even in 1777, such punishment for a crime such as this seemed a bit extreme, and Dodd developed a long list of supporters who sought mercy for him. Notable among them was Samuel Johnson, no great admirer of Dodd, but nonetheless shocked by the severity of the punishment. Dodd pleaded for a chance to make the loan right. None of it helped. Dodd was hanged anyway. Item 27 is Liberality, or the Decayed Macaroni. A Sentimental Piece, by Christopher Anstey, published in 1788. £500 (US $790).