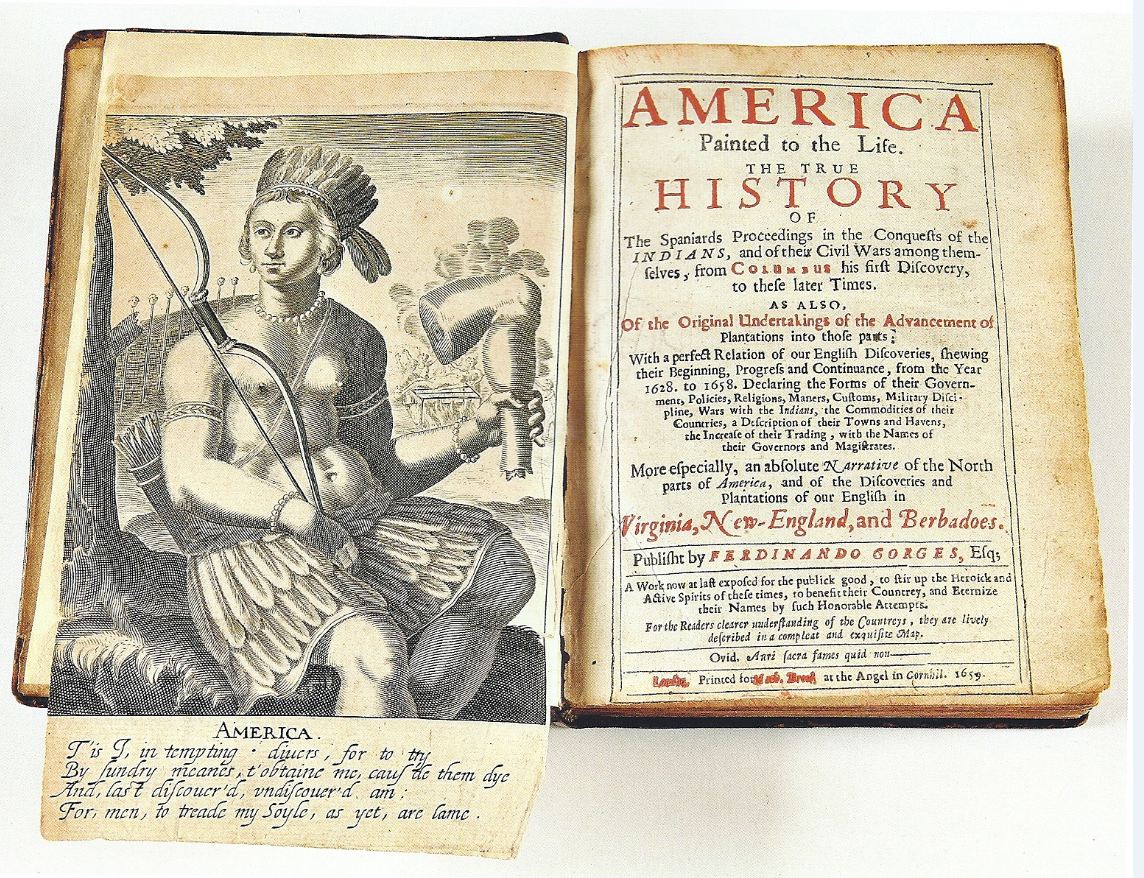 Item 27 is the more affordable first octavo edition of McKenney and Hall's History of the Indian Tribes of North America. Thomas McKenney had served as head of the Office of Indian Affairs, but after being removed from his position when Andrew Jackson was elected President, he set out on a journey west to preserve what he could of Plains Indians' culture before it disappeared. He brought along James Hall, who provided the text, and Charles Bird King, who created the paintings for which the book is best known. The work was originally published in folio size from 1836-1844, with this three-volume octavo edition published from 1848-1850. $30,000.


Item 6 is a 1659 title, America Painted to Life. It was written by Ferdinando Gorges, who had died a decade and a half earlier, but published by his grandson of the same name. The elder Gorges once owned virtually the entire state of Maine, attempting to settle it without much luck, and ending up broke. While this is an account of America, the dastardly Spanish (this is an English point of view) and the savage Indians, the focus is primarily on New England. What is notable here, from an Indian standpoint, is the frontispiece image of an Indian woman. Partially clad, she holds a bow in one hand, a severed human arm in the other. It has been neatly trimmed for cannibalism. In the background, a human is roasted for dinner, while human heads are perched atop poles. However, this should not be thought of as an attempt to depict native activities. The caption under it is headed “America.” It is an allegorical drawing, the point apparently being to display how savage the land of America was for his grandfather to settle. $50,000.