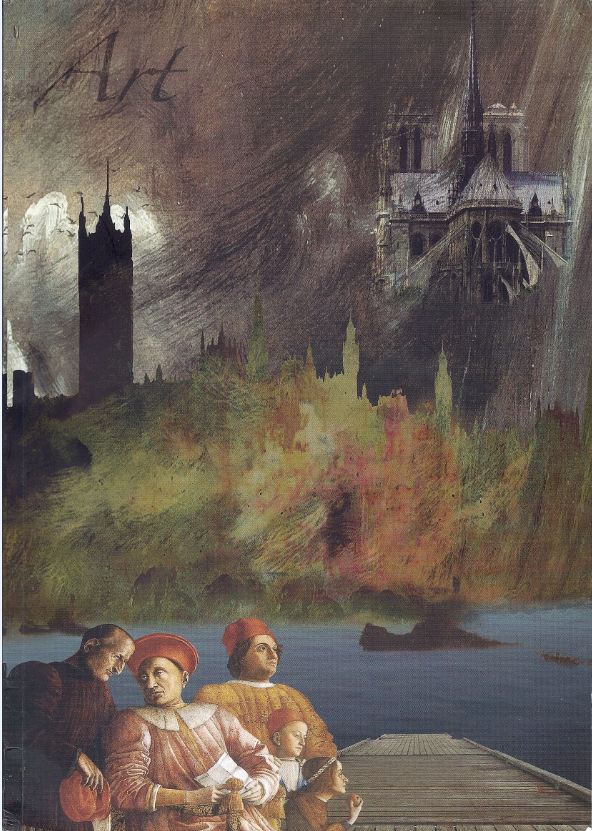 Henry Sotheran Limited, or Sotheran's as they are best known, has issued a Catalogue of Books on the Fine and Decorative Arts. This is an extensive catalogue, with over 800 items offered. It includes antiquarian books, relatively recent titles, and some new ones. While targeted to the world of art, it includes many areas within the field. Works from the book arts are part of this collection, but so are many other types of art, from paintings to sculpture, ancient art, decorative art, collecting, and more. Images of most items are also provided. There is much to be found here from the world of art, these being some examples of what is available.


We will start with a catalogue of a collection of very old works of art, Collection of J. Pierpont Morgan. Bronzes, Antique Greek, Roman, Etc. Morgan was the extraordinarily wealthy industrialist and collector of the early 20th century, bronzes being just one of many things he collected (books was a notable other item). His wealth was such as to enable him to collect the best of whatever he wanted. Sir Cecil Harcourt Smith's book on the Morgan collection was published in 1913, the year Morgan died. There are numerous plates illustrating the antique bronzes in the collection. While no limitation is stated in this volume, two similar works covering other Morgan collections were printed in runs of 150 copies, which was likely true for this work as well. Item 653. Priced at £1,950 (English pounds, or roughly U.S. $3,063).


Here is an item that combines art with the greatest literature: Twenty-Two Plates Illustrative of Various Scenes in the Plays of Shakespeare. The artist was Henry William Bunbury, a skilled artist though one who made most of his money doing caricatures, for which he was well known in late 18th century England. The printseller Thomas Macklin commissioned the work of Bunbury. Macklin sold his prints individually in the 1790s, and the original art ended up in the collection of the Duchess of York (the Duke had been a patron of Bunbury). This elephant folio collection of the complete set was put together around 1811. Item 405. £2,500 (US $3,907).


Item 68 is a look at The Art-Makers of 19th Century America. Author Russell Lynes says that arts in the early 19th century were practically non-existent in America. Would-be artists had to go to Europe to learn their trade. However, as the years moved forward, American artists moved from being mere students of Europe to creators of their own, new art forms. The book was published in 1970. £33 (US $52).


Item 153 offers a look at ancient artifacts in Mexico and Central America by the 19th century French explorer Désiré Charnay. He moved to New Orleans in 1850 and became familiar with the work of American explorers to Mexico John Lloyd Stephens and Frederick Catherwood. He undertook one mission to the area, with the backing of the French government, in 1858, and returned in 1880 under the sponsorship of French-American cigarette tycoon Pierre Lorillard. His account was published in 1885 in Paris under the title Les Anciennes villes du Nouveau Monde (an English translation was released in 1887). Charnay is noted for his extensive use of photography in documenting his findings. £250 (US $392).