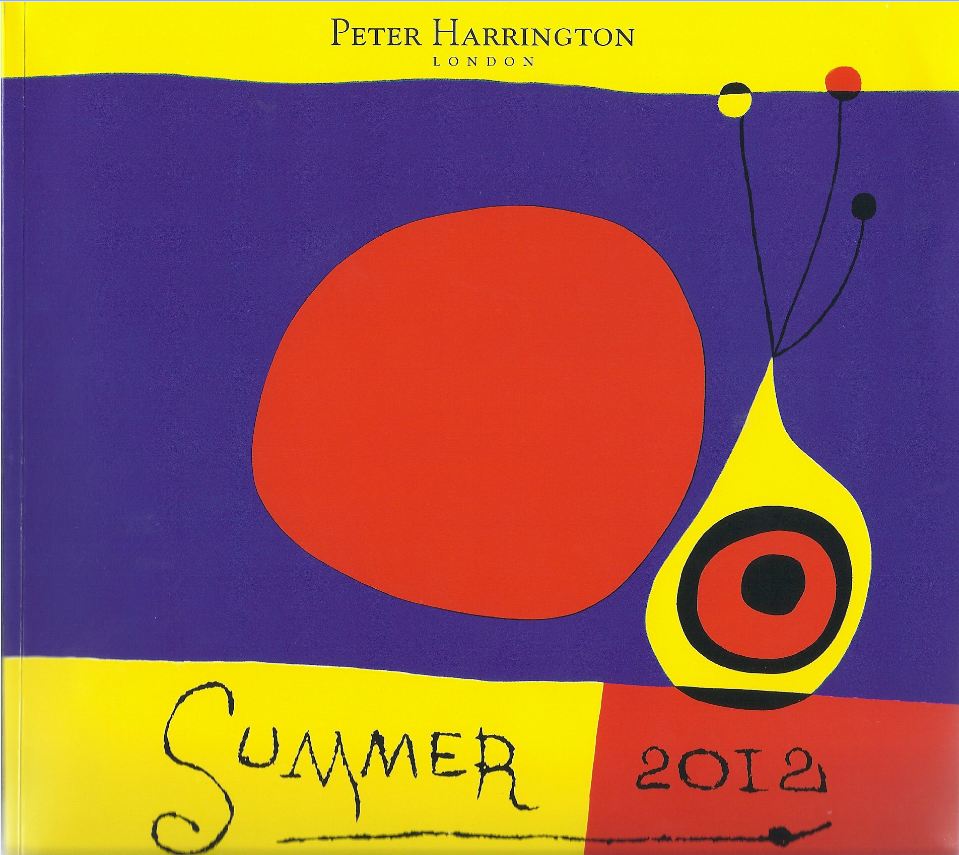 Peter Harrington of London has issued a catalogue for Summer 2012. Harrington offers a variety of types of material. There is much in the way of notable literature, but then again, there is much of other types of works – photography, children's books, exploration and discovery, art, fine press works, and more. You really need to look inside one of these catalogues to understand what is there, which we will make an attempt to do now.


Item 12 could be described as the “First Folio,” but one at a far more affordable price than the version featuring the plays of William Shakespeare. Two more folio collections of British plays were produced in the first half of the the 17th century, also put together by admirers of the playwrights. Neither quite reached the same caché as the Bard. One was for Ben Jonson, and this one for Francis Beaumont and John Fletcher. It bears the similar title of Comedies and Tragedies Never Printed Before... and although not published until 1647, they also wrote during Shakespeare's time (Beaumont died in 1616, Fletcher in 1625). At times they collaborated, but some plays were written individually or with others. Fletcher actually worked with Shakespeare on a couple of plays, and wrote a sequel to The Taming of the Shrew. If these playwrights are not as well remembered now, Goodspeed points out that many phrases still used today originated with these plays, such as “beggars must be no choosers,” “as cold as cucumbers,” and “kiss till the cows come home.” This copy is from the second state. £4,750 (British pounds, roughly $7,496 U.S. dollars).


Americans may associate witch trials with Salem, Massachusetts, but the French were perfecting the art many years earlier at Aix-en-Provence. Published in 1612, item 180 is The Life and Death of Lewis Gaufredy: A Priest of the Church of the Accoules in Marseilles in France, (who after hee had given him selfe soule and bodie to the Divell) committed many most abhominable Sorceries, but chiefly upon two very faire young Gentle-women, Mistris Magdalene of the Marish, and Mistris Victoire Corbier... It seems the “abhominable sorceries” Louis Gaufridi may have committed on one of the women, Miss Magdalene, were what we would refer to as sexual acts today. If there is a lesson in this story, it is do not get involved in this manner with a partner who is a head case. Magdalene claimed that Gaufridi possessed her with demons, ones that led her to acquiesce to behavior in which she undoubtedly would not have participated were she not under their control. Other women in the convents soon discovered they too were possessed by Father Gaufridi's demons, and began acting in strange ways, similar to the pattern to be repeated by the young girls in Salem many years later. As you might guess, this is not leading to a good conclusion. Under the influence of enhanced interrogation, Father Gaufridi signed a confession, and the court would not hear of his retraction when such techniques were not being applied to his being. Gaufridi was burned alive, whereupon Miss Magdalene immediately recovered, though she would suffer recurring bouts of possession through the remainder of her life. £5,750 (US $9,072).


Item 30 is an account of one of the most important archeological explorations ever made: The Tomb of Tut-Ankh-Amen discovered by the late Earl of Carnavon and Howard Carter... by Carter and A.C. Mace. Carter was the archeologist, the Earl being primarily the financier of the search. King Tut's tomb was the extreme rarity, one that had survived the millennia untouched by grave robbers and other looters. It provided an undisturbed look back to the time when the boy king ruled Egypt. £2,250 (US $3,549).