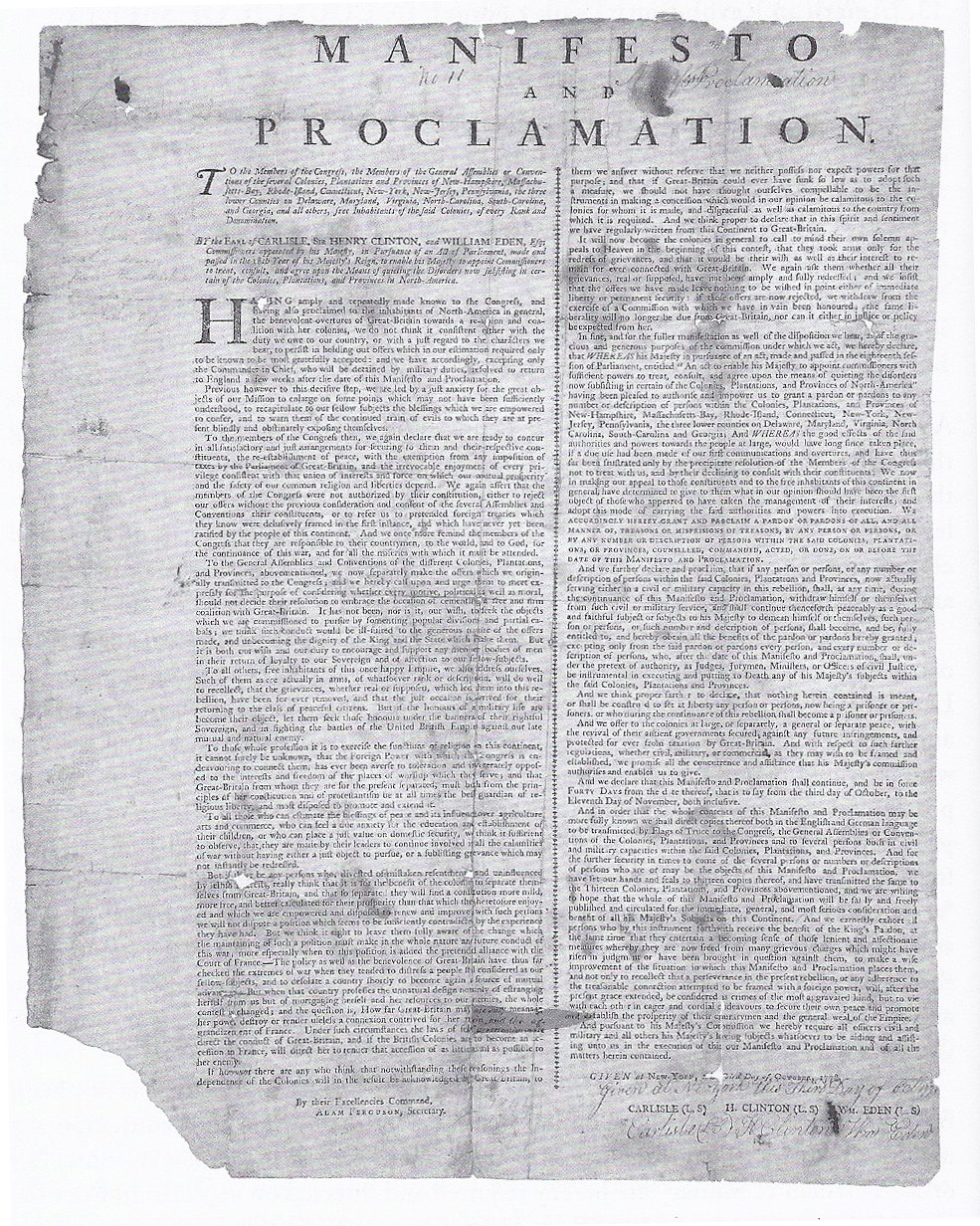 The British vacillated between harsh and conciliatory policies toward the colonies as the rebellion brewed, never willing to compromise enough to earn the needed goodwill of their subjects. Perhaps they never believed outright rebellion would endure. After their loss in the aforementioned Battle of Saratoga, they became more interested in compromise. In the summer of 1778, they sent the Earl of Carlisle on a peace mission. After arriving in the British stronghold of New York, he proceeded to Philadelphia for negotiations. He offered Congress an end to all British taxes, full amnesty, and a form of home rule for the colonies. While Reese notes that this may have been sufficient to avoid a revolution before the Declaration of Independence, it was too late now. The colonists would accept nothing short of full independence. So, retreating to New York, Carlisle attempted to go straight to the individual colonies and the American people. He had the New York Tory printer James Rivington publish a broadside in 1778, headed Manifestation and Proclamation. It offered Congress, the colonies, and every individual person, the opportunity for a full “pardon” for their “treason,” and a resolution to their grievances. He announces, “...the grievances, real or supposed, which led them to this rebellion, have been for ever removed, and that the just occasion is arrived for their returning to the class of peaceful citizens.” He offers peace, “...secured, against any future infringements, and protected for ever from taxation by Great-Britain.” He found no takers for the offer, and Carlisle returned to England, their last attempt to reach a peaceful end to the revolution unsuccessful. Item 14. $37,500.