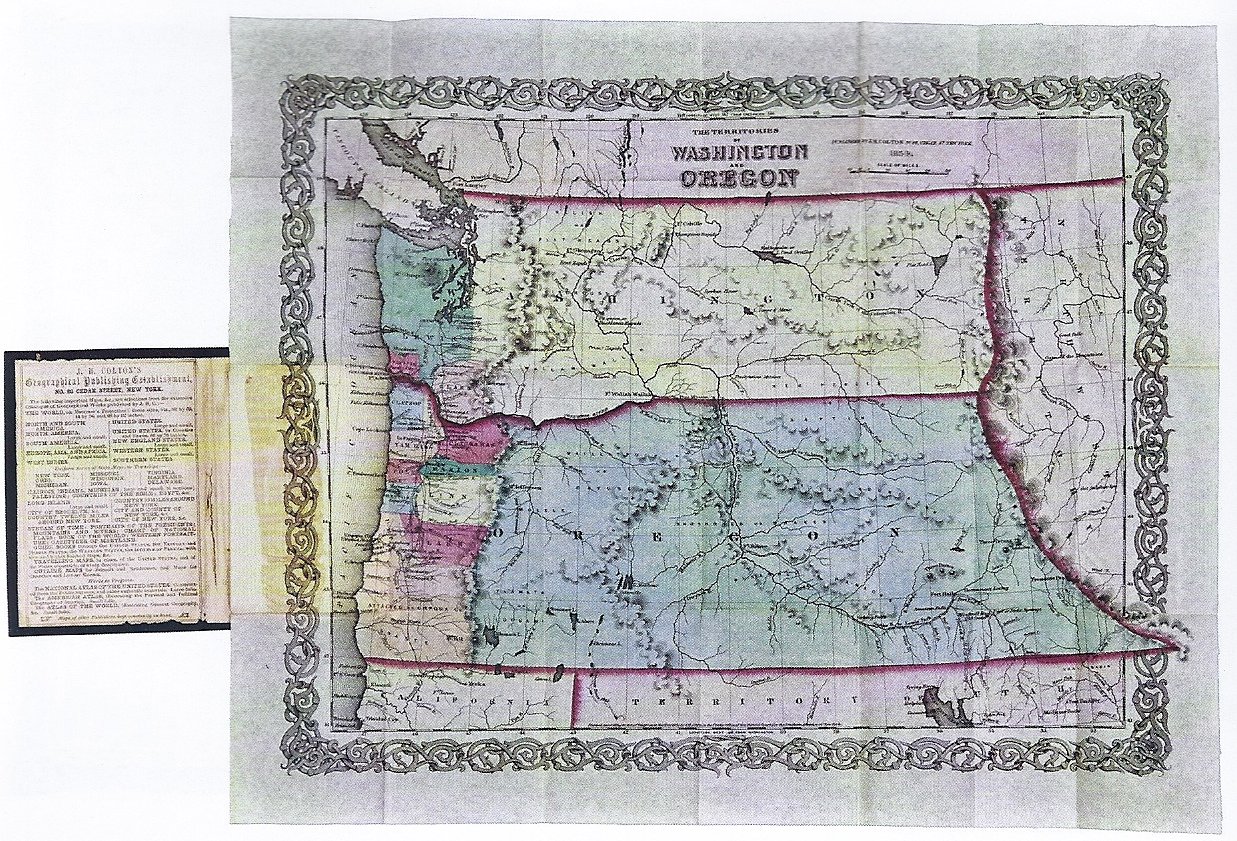 Item 70 is the Whitman and Searl Map of Eastern Kansas, and though unstated, it represents a contentious moment in American history. It was published in 1856, when Kansas was commonly known as “Bleeding Kansas.” The Kansas-Nebraska Act of 1854 had opened the territory to popular sovereignty on the issue of slavery, the result being that both abolitionists and slaveholders were settling the land in an attempt to create a majority. The publishers of this map were abolitionists, and its purpose was to assist fellow antislavery easterners settle the land. Though this is not mentioned, the map does show the free soil stronghold of Topeka as the “temporary state capital,” and another free soil center, Lawrence, is shown with a red dot and an American flag. $3,250.


Item 51 is an early map of The Territories of Washington and Oregon. It was published in 1854 by J.H. Cotton. What is most noticeable is that while the map shows counties, there are very few of them. Oregon has ten counties, Washington but three, and all are located along the western edge of the territories. $3,500.