The Private Press, Art, Fine Literature and More from The Kelmscott Bookshop 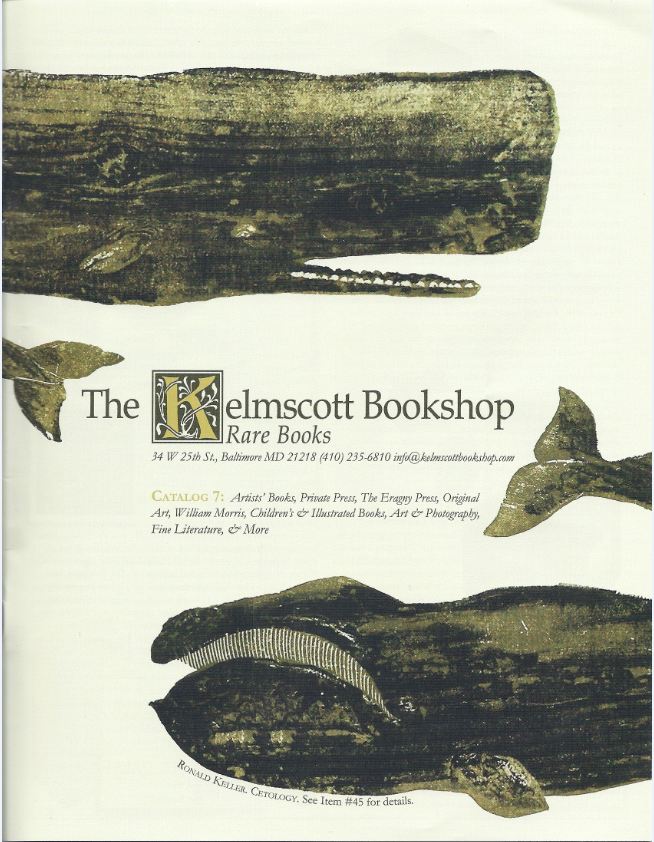 The Private Press, Art, Fine Literature and More from The Kelmscott Bookshop

The Kelmscott Bookshop Rare Books recently published their Catalog 7: Artists' Books, Private Press, The Eragny Press, Original Art, William Morris, Children's & Illustrated Books, Art & Photography, Fine Literature, & More. The nice thing about a title that is so descriptive of the contents is there really isn't much more that needs to be said about the catalogue. The result is we can dig right into its pages and take a look at a few of the items Kelmscott has to offer.


For those looking to acquire material related to George Bernard Shaw, here are some items no other collector in the world possesses. It is an archive of seven letters Shaw wrote to British journalist and newspaper editor James Douglas between 1898 and 1922. They cover a variety of subjects, including plays, journalism, his views on World War I, and his refusal to travel to America. Kelmscott says they range from witty to serious to entertaining. It is interesting that Shaw and Douglas would be correspondents for so long, as six years after the last of these letters, in 1928, they would come down on opposite sides of a major censorship battle. Douglas was pro-censorship, and as Editor of the Sunday Express, he would go on a vitriolic attack to censor the book The Well of Loneliness. This was a far from explicit novel, but a pioneer in being sympathetic towards a lesbian relationship. This outraged Douglas, who among his editorial comments said he would rather give a boy or girl prussic acid than this novel, and that society needed to “cleanse itself of the leprosy of these lepers.” The book was placed on trial for censorship, and one of the leading defenders of its right to be sold was Shaw. As noted, all of this happened six years after the last of these letters, and perhaps such differences explain the apparent lack of continuing correspondence. The book would be banned in Britain, but survived a censorship trial in New York. It was re-released in England after the Second World War and no attempt to censor it was made again. Item 129. Priced at $6,000.


Someone that Shaw did like, and presumably more than he ended up liking Douglas, was the humorist Max Beerbohm. Beerbohm was noted for his essays and caricatures, and he had a great following in literary circles in the early 20th century. Item 72 is A Book of Caricatures, by Max Beerbohm, published in 1907. It contains 49 of his drawings, with subjects including James, Chesterton, Wells, Churchill, and Shaw. Each caricature has a description of the subject in a facsimile of Beerbohm's handwriting. $750.


Turnabout is fair play. Item 80 is an ink drawing of Max Beerbohm. It is undated, but signed and inscribed by the artist, George Beaumont. It depicts Beerbohm, sitting outside, under an umbrella, in front of an easel, brush in hand. The inscription reads, “Mr. Max Beerbohm takes advantage of the English climate and amuses himself with a box of paints.” $550.