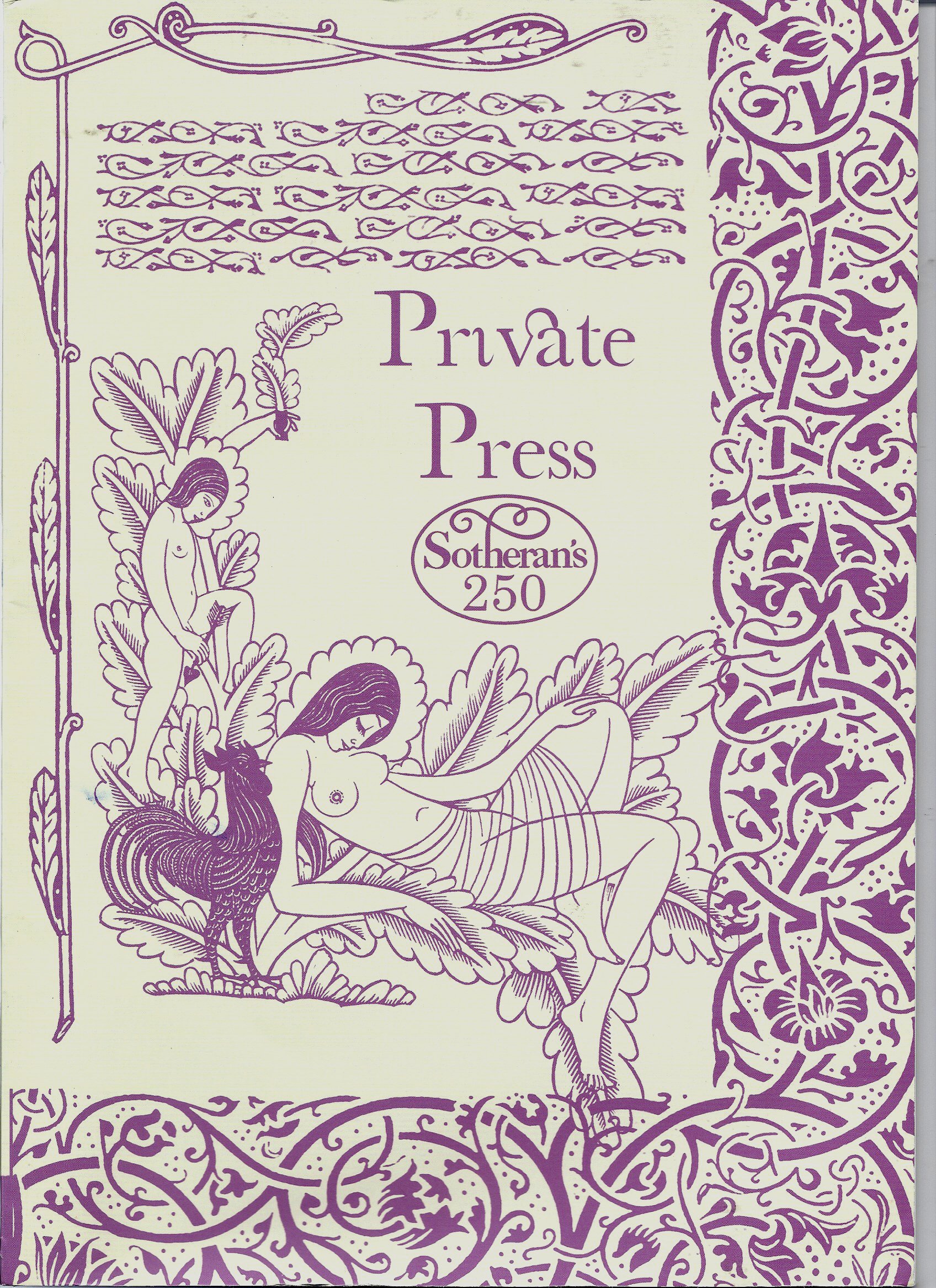 Sotheran's, the English bookseller now celebrating its 250th anniversary, has issued a catalogue of fine printing and production entitled Private Press 2011. It celebrates the work of the small, private presses that have been creating books that double as works of art since the time of Henry Morris' Kelmscott Press in the late 19th century (and a few even earlier). These fine press productions in limited editions have long had a following among those who appreciate the book as artistic object as much as source of text. Electronic books may steal the hearts of those who seek only information, but they will never compete for the affections of those who love books with the passion of those who love paintings – as objects of art, not pixels on a screen. Here are a few of these private press works being offered by Henry Sotheran Ltd.


Item 181 is a history of one of the most noted of violin makers, or in this case, a family of violin makers. The Guarneri family, originally from the violin-making stronghold of Cremona, in northern Italy, produced violins in the 17th and 18th centuries. Their violins are still favored by many great recent violin players, such as Heifetz, Menuhin and Perlman, even over the legendary Stradivarius. They were also the favorite of the extraordinary Italian violinist Niccolo Paganini, who left his Guarneri to the city of Genoa when he died in 1840. In 1931, this tribute to the family was created by William, Arthur, and Alfred Hill: The Violin-Makers of the Guarneri Family (1626-1762), printed by John Johnson at the Oxford University Press. The Hill family of London was also noted for violins. From 1887-1992 they built, repaired, and authenticated violins, operating under the name of W.E. Hill & Sons. Priced at £1,995 (British pounds or approximately $3,117 in U.S. Currency).


Item 5 is one of several titles offered from the production of Charles Henry St. John Hornby's Ashendene Press. Ashendene not only produced limited editions, it produced a limited number of editions, averaging just one a year during its years of operation, 1894-1935. This one is Sir Thomas Malory's The Noble and Joyous Book Entytled Le Morte d'Arthur, published in 1913. This work was first published by William Caxton in 1485. It is filled with tales of King Arthur and the Knights of the Round Table. It was bound by W.H. Smith after the design of Douglas Cockerell. It contains 29 woodcut illustrations, with chapter headings and final lines in red. £5,500 (US $8,611).


Item 10 is A Hand-list of the Books Printed at the Ashendene Press. This list is not quite complete. It was printed in 1925, and Ashendene still had a decade to go. It contains descriptions of all the books and other pieces printed at the press, and announced the upcoming edition of Don Quixote, then in production at Ashendene. £148 (US $231).


The more complete bibliography of Ashendene would be published in 1935. Indeed this would be the last item to come off their press, and it is regarded as one of the finest. It was printed in 390 copies, signed by Hornby. This is number 283. It is titled A Descriptive Bibliography of the Books Printed at the Ashendene Press. 1894-1935. It is more than a simple bibliography. It contains thorough descriptions of each of the 40 books printed at Ashendene, along with illustrations, hand-colored letters, and specimen leaves from original editions or reset facsimiles for most works. It was also bound by W.H. Smith. Item 15. £1,850 (US $2,894).


Here is an item which would need to be described as a first edition “thus” as it was almost 500 years old when this fine press printing was produced. Item 329 is The Letter of Columbus on his Discovery of the New World, published by the USC Fine Arts Press in 1989. This was the letter that announced Christopher Columbus discovery of what we now call “America,” though he described what he found as “islands of the India sea.” It was originally published in 1493, and the USC edition reproduces woodcuts from that edition, along with a facsimile of the 1494 Plannck printing in actual size. The University of Southern California's Fine Arts Press operated from 1986-1993. £198 (US $309).