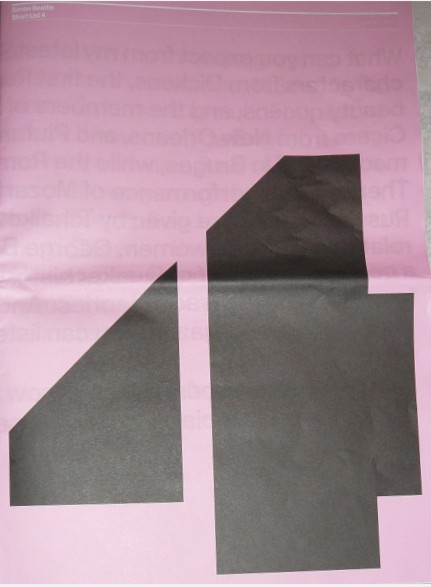 Simon Beattie Rare Books, Manuscripts, Music, Ephemera has published Short List 4, the fourth in his series of long short catalogues. These are the largest catalogues we receive in terms of dimensions (the only ones we can't fit in a scanner), and yet this is certainly a "short" list, with just 25 items offered. And, while the descriptions are ample, with four of these large pages devoted to text, there are 20 of them employed to illustrate the 25 works. There is no shortage of illustrations in Beattie's unusual catalogues. Perhaps the curious nature of these catalogues is appropriate, as the material is frequently quite unusual. The topics can vary widely, as the bookseller's name implies, but the material is fascinating and certainly unexpected. Let's take a look.


Item 3 is a Russian book whose title translates to The State Duma in portraits. This offers a collection of portraits from Russia's first parliament, seated in 1906. It resulted from the 1905 revolution that brought about some reforms in the government. Each of these bearded men looks quite distinguished. Any one of them could pass for a Tsar. However, none of them was, and the real Tsar had this parliament dissolved in July 1906, in only its fourth month of existence. Nicholas II was loathe to share power, which might have been a mistake, considering what his intransigence led to a decade later. Nonetheless, Karl Fisher's 1906 souvenir album, which also included pictures of some of the rooms in the structure, lives on, even if Nicholas and the Duma do not. Priced at £2,000 (British pounds, or about $3,083 U.S. dollars).


There were better times to be a tsar. Item 11 is L'Olivuzza, an 1846 tribute to the Romanovs commissioned by the Italian Duke of Serradifalco, Domenico Lo Faso Pietrasanta. Alexandra Feodorovna, wife of Nicholas I, was for years a very ill woman. She was also deeply loved by her husband (seemingly rare among royalty) and he was heartbroken when her doctors said she must seek warmer climates during the cold Russian winters. They chose an area near Palermo, Italy, which explains this Italian tribute to her family. Her hosts treated her (appropriately enough) like royalty, with King Ferdinand II of the Kingdom of the Two Sicilies doting on the every need of their illustrious guest. £1,800 (US $2,773).


Do we really need to know about the great political philosopher Jean Jacques Rousseau's private relationships with members of the opposite sex? Of course we do. Rousseau was a complicated man, and had various relationships with women, including an older woman who cared for him in his teens and became his lover, and a woman as uneducated and he was learned who bore him an illegitimate son given up for adoption. For more details, you should read Ueber Rousseaus Verbindungen mit Weibern (About Rousseau's Relations with Women) by Carl Gotthold Lenz, published in 1792. Item 15. £2,500 (US $3,850).