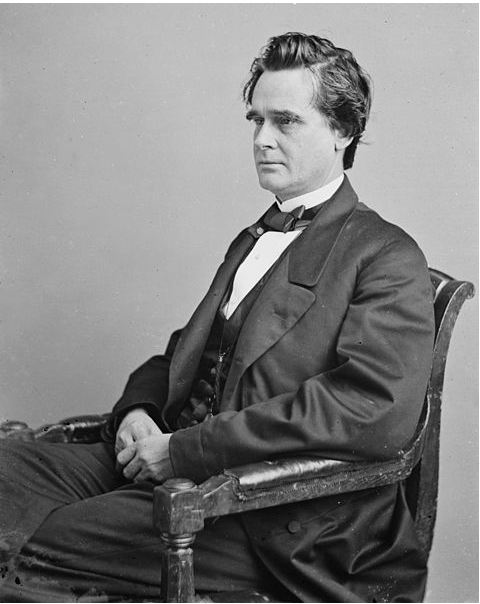 Sam Houston is closely associated with Texas, but like Davy Crockett, he too served as a congressman from Tennessee before emigrating to the vast open spaces of that land to the west. Item 72 is the Speech of Mr. Houston, of Tennessee, Delivered in the House of Representatives, on the Massachusetts Claim. It makes a nice complement to a Texas collection even if the states mentioned are Tennessee and Massachusetts. Houston delivered this speech in 1826, and in it he opposes reimbursing Massachusetts for military expenses incurred during the War of 1812. $150.


Item 58 is a fascinating letter from James W. Grimes, dated May 15, 1854. Grimes would be elected Governor of Iowa that fall as an anti-slavery candidate. That was significant because of trouble brewing over slavery in Kansas and Nebraska at the time, Grimes being instrumental in establishing the preeminence of the northern oriented Republican Party in Iowa. However, Grimes would also participate in the 1861 Peace Conference in Washington, an unsuccessful attempt to head off the Civil War, and would be one of seven Republican senators who, at great political risk, voted against the removal of President Andrew Johnson from office. In this letter to fellow Iowan Charles Mason, then serving as Commissioner of Patents in Washington, Grimes asks whether it is true that "the Hon. Alex. H. Stephens…stated in your presence, or, predicted before you, that in fifteen years Iowa would be a slave state. Is it so? I have it from two gentlemen who I understand heard you say that you heard the declaration made." Grimes was in a hurry to find out as he requests Mason "telegraph me immediately." As best we can tell, the answer must have been "yes," and the news pushed Grimes ever harder to fight slavery. Stephens was a Georgia Congressman who would go on to be the one and only Vice President of the Confederate States. $850.