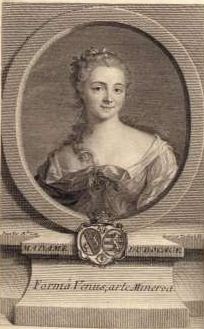 Item 86 is an account by a most unusual Russian explorer, Vasilii Mikjailovich Golovnin. The title is Recollections of Japan, Comprising a Particular Account of the Religion, Language, Government, Laws and Manners of the People… If it seems surprising the first edition of this work should be in English, it can be explained by Golovnin having spent three years with the Royal Navy, sent there for training by the Tsar. Golovnin set sail for the Pacific from a Baltic Sea port in 1807. When he stopped near Cape Town, he discovered that relations between England and Russia had deteriorated, and the British held him indefinitely. Realizing release was probably not forthcoming, Golovnin was able to effect a daring escape. He made it on to the Pacific and Japan, where the same thing happened. The Japanese determined he had violated their space and held Golvnin prisoner. He remained there three years, during which time he learned much about Japanese culture and natural history. He first published a book about his captivity, but this later title, published in 1819, is focused on Japan and its culture. It includes a long introduction from an anonymous English author concerning that nation's future relations with Japan. €1,250 (US $1,684).

Item 63 is an obscure epic poem about Columbus by the French author Marie Anne Duboccage. Does anyone write epic poems anymore? This format was once used regularly to provide detailed historical accounts, though often fictionalized, as is the case with Duboccage's epic work. The title is La Colombiade, ou la foi portee au Noveau Monde, published in 1756. Not quite up to reading an epic poem in French, I will rely on a description in a 1993 essay by Terence Martin. After explaining life in the Old World in great detail to the natives, in verse no less, Columbus is visited by an angel who predicts what will happen in the years ahead, or at least through 1756. He is told of all the great Renaissance figures who will appear, with an emphasis on the French ones. Much of this, in Mme Duboccage's view, is a result of the doors to knowledge opened by Columbus in his pioneering expedition. If such a prophetic angel visited Columbus, he never mentioned it in his letters, but perhaps if he had, people would have thought him crazy. €1,500 (US $2,016).