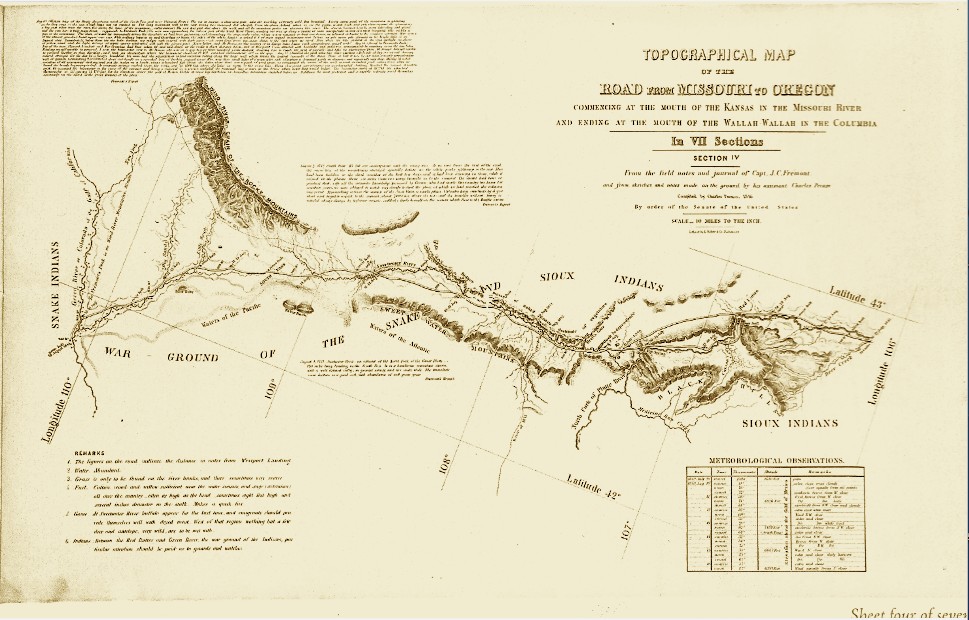 By mid-19th century, Americans were moving west in droves. They needed a map, and one of the best was Charles Preuss' Topographical Map of the Road from Missouri to Oregon… published in 1846. Preuss had served as cartographer on two of John Fremont's expeditions and had drawn the maps for those reports, so he was quite familiar with the territory. This is a detailed representation of the territory from the Missouri to the Columbia River, and it notes nightly resting places, availability of game and water, meteorological conditions, and the presence of friendly or unfriendly Indians. Item 28. $9,000.

Item 4 is A New and Exact Map of the Dominions of the King of Great Britain on Ye Continent of North America. This is a 1731 fourth state of what is familiarly known as the "beaver map." This map was designed to show boundaries from a British perspective at a time when England and France were battling for territory on the continent. All land south of the St. Lawrence River is shown as British, the area north of New England labeled "New Scotland." West of James Bay is territory called "New South Wales," a name that would later be recirculated by James Cook to describe eastern Australia. The map became known as the "beaver map" as an inset image of Niagara Falls has beavers in the foreground, looking almost as large as the falls itself. $35,000.