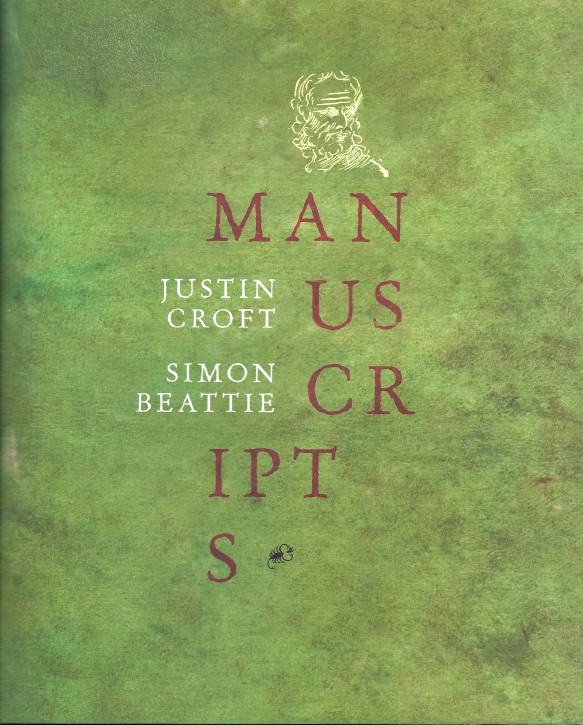 We have received a catalogue from Justin Croft and Simon Beattie with the one-word title Manuscripts. Manuscripts usually bring to mind letter and other personal handwritten items. This catalogue, however, is not filled with typical manuscripts. Many of these are more like books in their length and complexity. Of course, there was a day when all books were manuscripts, the era of scribes and monks, aka BG - Before Gutenberg. These works aren't pre-Gutenberg. People continued to write by hand for centuries after there was no apparent reason to do so.

The cataloguers note that this may be informative for what could happen in the centuries to come. Five hundred and fifty years after Gutenberg, the next advance in book publishing came along. We all know what that was - digital text and electronic readers. Does the continued creation of manuscript books, albeit in much smaller quantities, for centuries after Gutenberg imply what the future holds for printed books? Who knows? Let's wait a few centuries and see. While many of these book-length writings were original texts, some were actually created after printed copies, either for personalization or because, sometimes in smaller runs, it was cheaper to handwrite them than set up the presses again. With word processors and scanners those days are gone forever. Here, now, are a few of these manuscripts.

Item 21 is a manuscript book about one of King Louis XIV of France's loves, his second mistress, Histoire galante de Louis XIV & de Madame de La Valliere. Young Louise de La Valliere came to the court as a maid to the wife of the King's brother in 1661, a 17-year-old innocent and religious girl. The King's aides had other plans for her. Louis was showing a bit too much interest in his brother's wife, and while having a mistress was expected of a King, messing around with a sister-in-law was not. So, they distracted Louis with Louise. It worked. He fell for her, she for him, and over the next six years they had six children. By 1666, the sixth child on the way, Louis grew tired of Louise and moved on to his next mistress. However, the King set her up to live well as a reward for their years together. She really didn't want that. Louise insisted on moving to a convent where she could repent for her sins for the remainder of her life. Unfortunately, the King still needed her. She would have to accompany him as a disguise for the affair he was now having with his third mistress. Evidently, a second mistress was more respectable than a third one. Finally, in 1674, she was allowed to retire to the convent, where she remained until she died in 1710. Louis, seeing no need to repent, lived a more pleasurable life. Priced at £900 (British pounds, or approximately $1,451 in U.S. dollars).

Item 1 is a student's notebook. It was compiled for a course the student took with one Ignatio de la Porte, who was giving a course on Aristotle. It combines handwritten with printed material and illustrations, all bound together. It also contains six engraved plates of various glamorous women of the day riding horseback sidesaddle. What the connection is to Aristotle is unclear. Perhaps he enjoyed women on horseback. Among the lovelies included is the aforementioned Louise de La Valliere. She was off in the convent by then, the date being 1685, but her image harked back to earlier days. The cataloguers speculate that the student was using his schoolbook to secret away his pictures of these attractive beauties and courtesans, but by today's standards, this was very soft core. £1,400 (US $2,258).