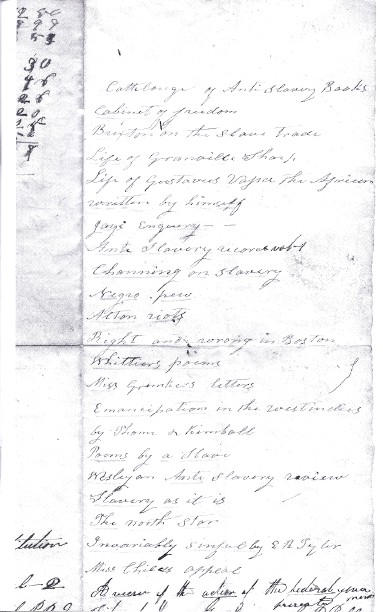 From Garrett Scott, Bookseller, comes Catalogue 32 Recent Acquisitions. Scott specializes in the unusual, sometimes the ridiculous, in mostly American (some British) pamphlets from the 18th through the 20th century. You never know what you may find here, Scott noting, "One will find the usual range of subjects herein, from early American taxidermy to Confederate Masonic addresses." And everything in between. There are 75 items among these recent acquisitions, from which we will now take a few samples.

Item 34 is the Initial Report of H.A.M. Henderson, Superintendent of Public Instruction, to the Governor and Legislature of Kentucky, dated 1871. Give Henderson credit for devising a diabolical plan to make sure newly freed slaves would remain in a permanent state of subjugation. Henderson points out that the most "perplexing" issue schools face is the education of black children. "Different in history and color," he explains, "there seems to be no natural affinity between them and the white race." Therefore, putting blacks and whites together in the same schools "would inevitably result in the destruction of our school system." The next question becomes how to finance the separate schools for black children. The ever-generous Henderson suggests the state "give all taxes paid by colored citizens to the education of their children." Of course, these newly freed black families would not own property, so the property taxes thus raised would be nil. Henderson has an answer for this. Just place a poll tax on blacks, and "thus turn over the responsibility to the delinquent race." Neat. Of course, these blacks would have been in destitute poverty and unable to pay a poll tax, thereby assuring not only that their children would have vastly inferior schools, but that they would not be able to vote either. Priced at $375.

This one smells like a scam. Item 38 is Thomas Gibbons Hutchings' The Medical Pilot; or, New System:  Being a Family Medical Companion…Containing also a Treatise on the Diseases Incident to the Female Sex. The good doctor's work is really a promotional for Hutchings' vegetable compounds, which were more likely to relieve you of your money than your illness. One of the concerns Dr. Hutchings addresses is contraception, and while saying he will leave it to the reader to make their own decisions on this subject, notes, "I am certainly in possession of the way pregnancy can be effectually avoided without the shadow of danger, and there is but one way." For $5 (a lot of money in 1855 when this was published), cash in advance, he will send you the answer. Sorry, but I already know with certainty the one sure way to avoid pregnancy, and I don't need to send $5 to anyone to tell me the obvious. $250.

Here is some even worse medical advice than useless vegetable compounds:  Arsenauro and Mercauro… a promotional pamphlet circa 1919 for Parmele Pharmacal Co. In the 19th century, there were many who believed in the use of gold chlorides and bromides for certain diseases, particularly neurological disorders. By 1919, this confidence was fading, but Parmele was still pushing it. Gold was prescribed in combination with other compounds, and as the title implies, Parmele was using it with mercury and arsenic solutions. Of course, these are among the most toxic of minerals, and the company's recommended manner of use is all the more terrifying. They explain, "the best results are only obtained by pushing arsenauro and mercauro to the point of toleration in each individual case…" The point of toleration is described as "manifested by the usual signs, such as puffiness under the lids, loose, griping evacuations, frontal headaches, dizziness, tingling of the fingers, etc." When this happens, you should discontinue the medication for 24 hours and then resume with a "dose slightly less than the one which was being administered when toleration point was reached." This was a cure evidently based on the same principle as ending your afflictions by shooting a bullet in your head. However, there was one slight improvement over an earlier version of the medication in that metal shortages during the First World War required the manufacturer to use a paper seal around the bottle, rather than the previous lead one. Item 56. $100.

Item 64 offers some interesting Civil War era theories, though there is no evidence they were remotely based on reality. George B. Simpson published in 1865 his The National Capitol, the National Archives, and the National Government, Saved. January 1861. It is a compilation of letters Simpson wrote and received from 1855-1861. His theory was that the South plotted to assassinate President Buchanan (and military leader Winfield Scott), which would allow the southern vice-president, John C. Breckinridge, to ascend to the presidency. Breckenridge would then have permitted the South to secede and drawn upon European powers to put down any attempt to preserve the Union. Fortunately, Simpson realized what was happening, warned Buchanan, and saved his life and the nation. $225.

Garrett Scott, Bookseller may be reached at 734-741-8605 or garrett@bibliophagist.com.  His website is www.GSBbooks.com.