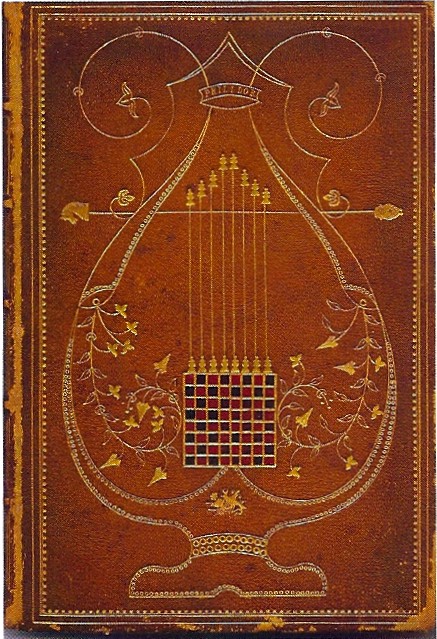 If you are looking for some venerable old advice, you can find it in The Proverbys of Saynt Bernarde. St. Bernard (of Clairvaux) was not the patron saint of large dogs, but an important churchman of the 12th century. His career ranged through the first half of the 1100s, where he was frequently a conciliator, one who brought sides together and resolved disputes. At one point he was even called upon to choose between two claimants to be Pope. After years of such efforts, St. Bernard sort of retired to his monastery to do some writing, his thoughts being, not unexpectedly, middle of the road for his era. However, this work deals with household and similar matters more than theology. In his later years, St. Bernard was called on to drum up support for the Second Crusade, a failure for which much of the blame was tossed on him. Nonetheless, his loyalty to the Church earned him canonization just 20 years after his death in 1153. This work was published by the Caradoc Press in 1904, one of 14 copies on vellum. $600.

Item 8 is The Life of Philidor, Musician and Chess Player, by George Allen, published in 1863. There was a whole bunch of musicians in the French Philidor family who played music for the royal court, but this one was also a great chess master, considered the best of his age (late 18th century). This 1863 book has a binding by Pawson & Nicholson ornamented with lyres and chessboards and pieces to celebrate the man's two great skills. $1,400.