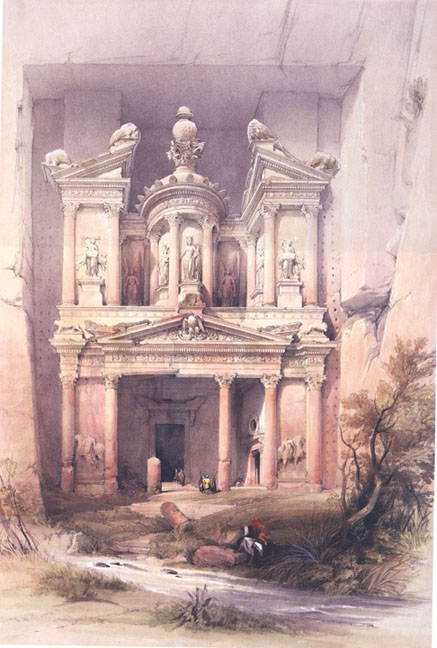 
Another name associated with Canada is Vancouver. However, we are here speaking not of the city but of the explorer who gave it its name, George Vancouver. Vancouver had sailed on the last two of Cook's voyages, and then in 1790, led his own expedition to the west coast of America. Vancouver set out from England, making the long trip around Africa and Australia to the California coast. The main purpose was to determine once and for all whether there was a Northwest Passage, but other aims were the mapping of the west coast and negotiating disputes with the Spanish over the territory. Ultimately, Vancouver would find that there was no passageway to the Atlantic, at least not one from below the Arctic Circle. The report of his journey is called A Voyage of Discovery to the North Pacific Ocean... This edition consists of seven volumes and was published in 1801, six years after the journey's end and three years after Vancouver's death. Item 113. £4,750 (US $8,505).

Speaking of Vancouver's earlier commander, item 59 is The Life of Captain James Cook by Andrew Kippis. This is the first edition of the first English biography of Cook, published in London in 1788. This biography covers his entire life, birth to death, including Cook's earlier period of service on the St. Lawrence River in Canada, before undertaking his famed three Pacific voyages. It also includes Samwell's account of Cook's tragic death in Hawaii near the end of his third voyage. £3,750 (US $6,716).

Item 110 is John Thomson's Illustrations of China and its People. This is a first edition of Thomson's 4-volume work from 1873, including 200 photographs. Thomson spent five years traversing 5,000 miles through China and recording what he saw with his camera. £10,000 (US $17,908).

Item 82 is an interesting association copy. The book is Prisse D'Avennes' L'Art Arabe... Prisse spent many years in Egypt in the first half of the 19th century and created this record of the places he saw. This particular copy of the book once belonged to legendary silent film star Rudolph Valentino. Perhaps there is a connection between this book and Valentino’s role in the movie "The Sheikh." £17,500 (US $31,336).

Edward Kingsborough produced one of the greatest illustrated books of Mexican artifacts in 1831 entitled Antiquities of Mexico... Kingsborough scoured European libraries and private collections of Mexican manuscripts, and hired Italian painter Augustine Aglio to reproduce images. This was an extraordinarily expensive undertaking, with Kingsborough eventually dying in prison after failing to pay debts to a paper manufacturer. Item 58. £30,000 (US $53,732).