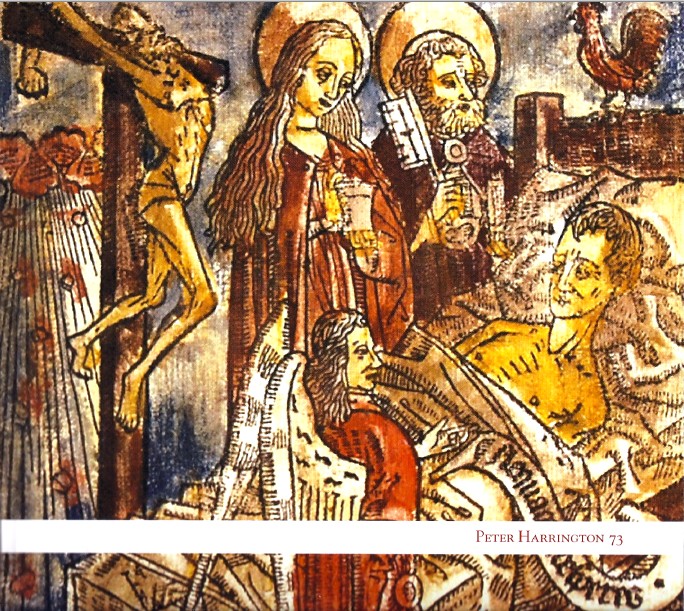 Peter Harrington has issued the firm's Catalogue 73, containing 199 items of significance for collectors from various fields. These items are connected by their importance rather than their subject matter. The catalogue begins with Section One, being the first 11 pieces offered, described as "featured items." Section Two consists of the remainder of the works offered. Here are some from each.

We start with a book that is very valuable even though it isn't particularly rare. Then again, a First Folio or even a Gutenberg isn't particularly rare either. It is its enormous importance that makes the book so valuable. Item 2 is On the Origin of Species by Means of Natural Selection, an 1859 first edition of Charles Darwin's pioneering work. It is often considered the most important scientific study of the 19th century, and the most important biological book ever written. Its theory of evolution, which ran against the common theological beliefs of its day, made it one of the most controversial books ever published. It still is, though Darwin's conclusions are hard to escape. Priced at £75,000 (British pounds, or roughly $119,677 in U.S. dollars).

Item 8 is a Machiavellian work if ever there was one: The Prince, by Niccolo Machiavelli. Machiavelli was an official in early 16th century Florence when he wrote this handbook on how to rule for princes. What distinguished the author's theories was his belief in practical, rather than ideal rule, which at times required trickery, deceit and force. His principles have been adopted by countless rulers through the ages, though few would admit to it. Offered is the first edition in English, published in 1640. £37,500 (US $59,820).

Item 11 is the most fantastic of the travel books from the era of discovery. It is the most fantastic because none of it is true, though it was one of the most popular travel books ever written. It is Travels into several Remote Nations of the World. By Lemuel Gulliver. This is the October 28, 1726, first edition. This book is today better known as Gulliver's Travels, though Gulliver himself was as fictional as the travels. The actual author was Jonathan Swift, who proved to be a great satirist as well as writer. In the style of the travel books of the era, "Gulliver" recounts his visits to many far off lands, reporting on the strange customs of their inhabitants, giants, pigmies, whatever he found. The book still works today as a parody of travel books, or entertainment for children, but it was also a satire on the politics of the day, though that would be hard to recognize by most readers now. £95,000 (US $151,545).

Item 146 includes a copy of the first printing of The Raven in book form, plus one page of a manuscript book review in Edgar Allan Poe's hand. The book is The Raven and Other Poems, published in 1845. The manuscript leaf contains part of Poe's review of The Angel's Visit, poetry by Sarah Ann Lewis. Poe was a tough critic, but uncommonly gentle with the undistinguished Mrs. Lewis. In an earlier published review of one of her books, Poe actually wrote that it would "confer immortality on its author." Ever heard of her? Harrington notes that Poe wrote favorably of Mrs. Lewis' poems, "possibly softening his literary judgment in consideration of the fact that she nursed his wife Virginia during her long illness." We may be able to upgrade that theory from possibly to probably. £17,500 (US $27,916).