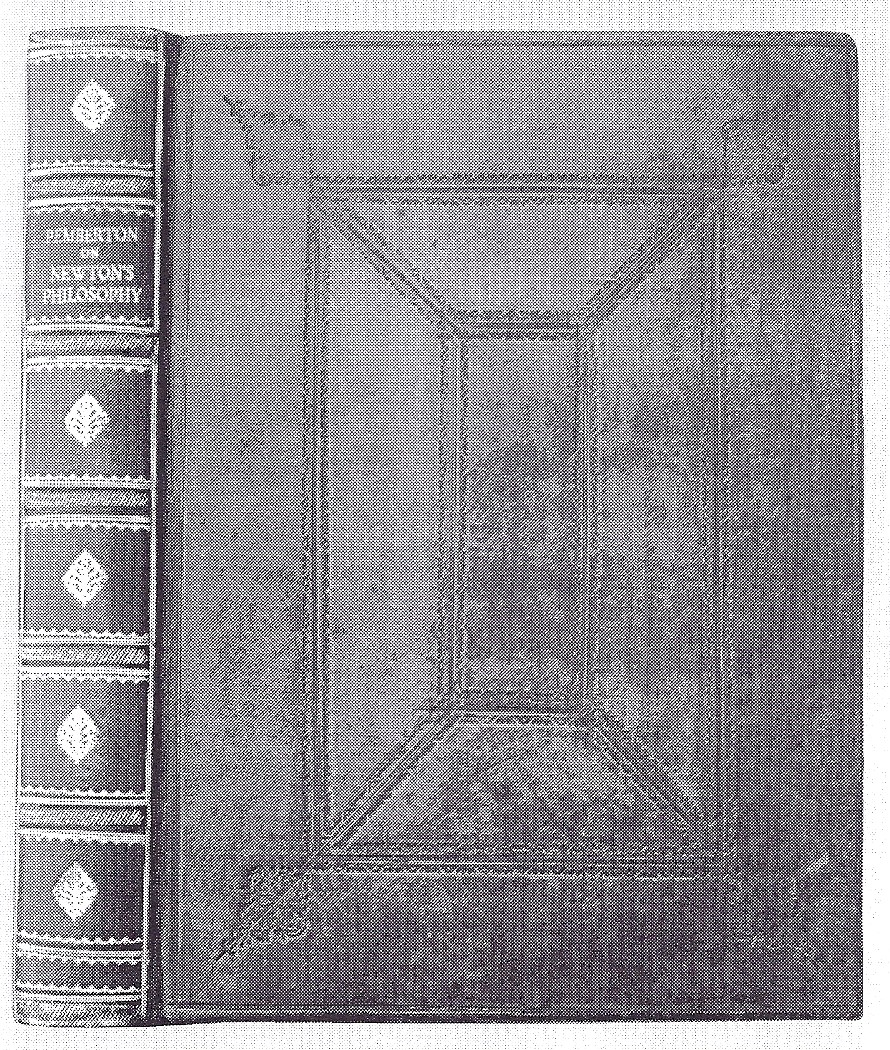 
Here is a book about a "science" that most of us would question is a valid use of the term: Le science curieuse, ou traite de la chyromace... an anonymously written French work from 1665. This curious science of chiromancy, better known as palmistry, claims that you can foretell one's future by looking at their palms. Indeed, this work claims that one's aptitude for indecent behavior, sodomy in particular, can be read from your palms. Better keep your hands down. The image on the cover of this catalogue is taken from this treatise, and presumably it tells all. Item 284. $1,600.

Item 265 is a look at the major works of Sir Isaac Newton by a friend and colleague, published in 1728, just a year after Newton's death. Henry Pemberton spent much time with Newton in his later years, managing the latter's printing of the third edition of the Principia. His book, A view of Sir Isaac Newton's philosophy, focuses on three areas of Newton's discoveries, motion, light, and the nature of the world. $1,300.