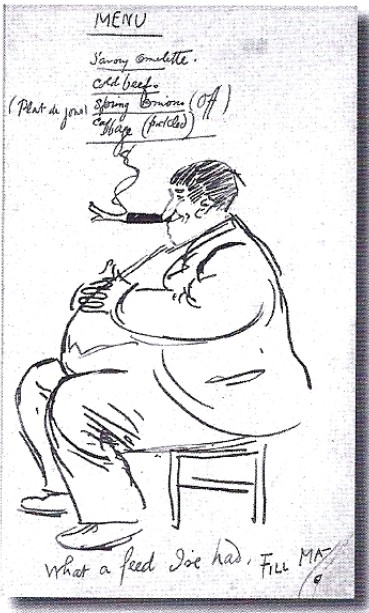 
Item 47 is one of the last catalogues from William Morris' Kelmscott Press, dated July 28, 1897. It is actually a post-Morris catalogue, the Press' founder having died in 1896 (Kelmscott closed down in 1898). It lists books in the "nearly ready," "already printed," and "out of print categories." Kelmscott only operated for a few years, having been founded in 1891, but it is likely the most legendary of all the private presses. This bookseller has taken its name from Morris' press. Kelmscott published ten more titles after Morris died, his associates operating the press, but they were all works either started or planned by Morris. The intention was always to close Kelmscott after he died to guard against the publication of inferior works under its name. $225.

Phil May was a notable British caricaturist from the turn of the century. He drew political cartoons for the likes of Punch magazine and the Sydney Bulletin, the latter when he spent a few years in Australia for his health. It was of limited benefit as he only lived to be 39 (1864-1903). Item 71 is a self-portrait he drew with the notation "What a feed I've had. Fill May." Depicted is a grossly obese May with a cigar in his mouth. It is most ironic as May was actually a very slight man who once tried to become a jockey. His image can be seen by clicking the thumbnail above left. $1,200.