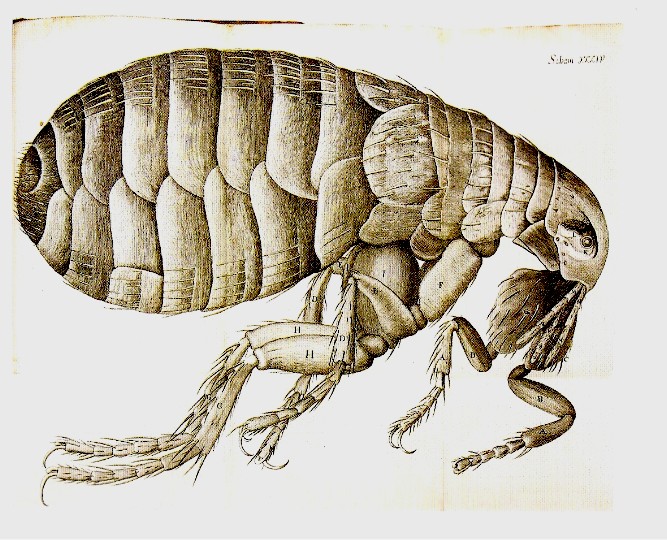 
Here is a book that really opened people's eyes when it first came out in 1665: Robert Hooke's Micrographia: or some Physiological Descriptions of Minute Bodies made by Magnifying Glasses. Hooke had developed an improved compound microscope which he then aimed at all things small. It was Hooke who first used the word "cell" to describe the basic structures of living organisms. While his descriptions were invaluable by themselves, it was Hooke's drawings of what he saw that really captured the public's imagination, or, perhaps, horror. He drew a couple of awful pests, such as the flea and louse, which are particularly grotesque (to human eyes) when blown up in size (click the thumbnail image to the left to appreciate). Item 8. £60,000 (US $90,587).

Englishman Nicholas Doran Maillard visited Texas in its Republic days, and something about it obviously did not please this visitor. He settled in Richmond, near today's Houston, in 1840, and became co-editor of the local newspaper. He was also a lawyer and was admitted to the bar. However, later that year, he suddenly left and returned to England. It was there that he wrote this book, The History of the Republic of Texas, published in 1842. Writes Maillard, Texas is "filled with habitual liars, drunkards, blasphemers, and slanderers, sanguinary gamesters and cold-blooded assassins." He calls Stephen F. Austin "the prince of hypocrites," and Jim Bowie a "monster." As a Texan, I can assure Mr. Maillard that we are proud of who we are. Item 99. £8,000 (US $12,078).