An Auction Comes into Focus 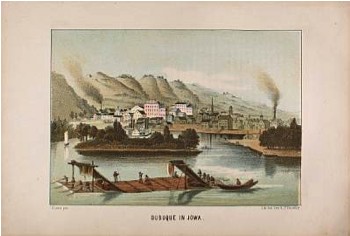 A image from Henry Lewis

An Auction Coming into View

The dog days of August, when the lucky and entitled sip Margaritas and soak up rays, are also the time in the auction business to get ahead on fall commitments that left unmet soon drain the sunlight and sanity out of a schedule that quickens as the days shorten. There's no doubt the people in this do it for the intellectual challenge. The money is good but not often great and the pressure extreme. Some few are in it for the once in a long while opportunity to sell the great collection of a game consignor who will give the house leeway to catalogue, estimate and promote. This doesn't happen so often. For cataloguers this is the A game and November and December their opportunities to serve Wimbledon aces. This is their moment and their achievement when it works.

Every house wants a great sale but the truth is that when there is leeway from the seller the house has greater responsibility for the outcome. Many, relentless cultivators when pursuing sales, soon shift to consider their own garden once the contract is signed. Sales are one-time events, auction houses ongoing businesses. So it's not unusual for houses to later shy away from grand statements and the possibility of failure by encouraging sellers to set reserves a bid or two too high. It gives them an out. Cataloguers on the other hand hope for the authority to set create estimates and set reserves themselves. They study pricing history and rarity when creating the descriptions and develop opinions. They'll also create the lot sequence and consider the cadence of the sale. They become invested in the outcome. So its not surprising the edgy reality of creating the sale and the inevitable question that arises, the "how are we going to get this done" often animates the best houses and cataloguers to put off their late summer Margaritas for the possibility of champagne in December. For the "American Experience" sale I've consigned to Bonhams to be sold on December 2nd in New York this August has seen no respite from the aggressive schedule that completes the catalogue early, includes participation in get-out-the-vote book fairs in Seattle in October and Boston in November, and sees the hard bound catalogue in full distribution a full month ahead of the sale. Bonham's is playing to win.

And that's only part of it.

This catalogue will include, as did the de Orbe Novo sale at Bloomsbury last December, the purchase history of each item: the source, year and price paid. This assists both bidders and bystanders to assess the state of the market for rare high-end material with appealing provenance. It makes the sale greater than the sum of its books.

In addition, extended payment terms, occasionally offered to the trade by auction houses, are offered to all bidders for this sale. As consignor, I've agreed to wait to be paid so that buyers can have time to pay. A discount for immediate payment or six months of interest free terms are available for purchasers spending a minimum of $2,500. I've been successful in my life, was brought up with blue collar sensibilities and have achieved success sometimes only because I refused to fail. No one who wants a piece of this collection should be a step behind or at any disadvantage to purchase. Everyone gets the same deal.

Auction preparation proceeds unevenly. An interesting fifty volume run of the Universal Magazine, in this case 1747 to 1793, including hundreds of maps and illustrations, early and sometimes first reports on scientific, political and social events, needed the deft touch of skilled hands to "point the set up." For this I asked Margaret Johnson, an experienced San Francisco binder, for help and she introduced me to Martha Little who, in six weeks, returned the set improved but not in any way, altered. It's not being catalogued.

Within the next few weeks the pace will increase. The catalogue format will be chosen, the print run confirmed, the descriptions and images finalized and estimates penciled in. If experience is any guide this is when the rubber will meet the road.