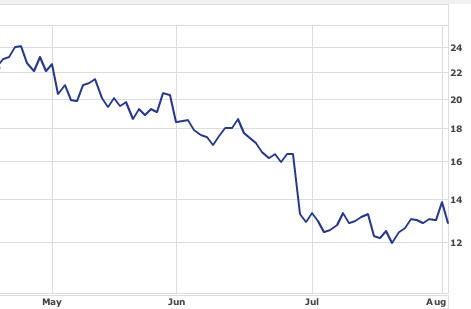 Barnes and Noble, America's largest bricks and mortar bookseller, made two potentially important announcements this past month. The word "potential" must be used with any moves the company makes at this point, as the viability of any large chain of bookstores in this digital age is not beyond question. Barnes and Noble has been waging an uphill battle for years against online retailer Amazon.com, and its competitor has regularly gotten the better of B&N for a long time.

Last month, the company announced, in effect, that it was putting itself up for sale. In a news release, the company announced its "Board of Directors intends to evaluate strategic alternatives, including a possible sale of the company, in order to increase stockholder value." The Board hired Wall Street firm Lazard to serve as their financial advisor. It stated that the decision was made because the Board believes its stock is "now significantly undervalued." A contrary point of view was expressed by James B. Stewart in the Wall Street Journal. He commented, "in my experience, most companies sell when they believe their shares are expensive." Stewart added the ultimate cut by stating that putting itself up for sale amounted to "rendering it the corporate equivalent of the remaindered books it sells at a discount."

Of course, the market is the ultimate arbiter of value. In other words, the stock is correctly priced until such time as the company can show its prospects deserve a higher value, or events show it deserves a lower one. Until then, the trend would indicate, if anything, that the stock price is in the midst of a long decline.

The Board issued the following statement in support of its new strategy: "As the world's largest bookseller, Barnes & Noble has an iconic brand and unique competitive advantages we believe will position the company to succeed over time in a rapidly changing market. The Board is confident in Barnes & Noble's strategy and fully supportive of the senior management team, which is delivering explosive growth in our fast-developing digital business. The Board has concluded that a review of strategic alternatives is the appropriate next step to take full advantage of our compelling digital opportunities and to create value for shareholders, customers, and employees."

Let's take a look at that statement, perhaps a bit more objectively than the enthusiastic Board can. Certainly the company has "unique competitive advantages." It has the largest number of bricks and mortar stores in the U.S. However, that advantage is also its albatross. Those stores bring all kinds of costs with them Amazon does not have to face. It is very hard to be price competitive with all of that overhead, as so many other chains learned when internet competition appeared. People still go to their local stores to browse and learn, but then buy the item for the lowest price they can find online. Barnes and Noble still needs to find a way to leverage that local presence into local dollars, and that remains an enormous challenge.

Compounding this issue is the rising popularity of electronic readers. The advantage of instant gratification that Barnes and Noble enjoys with physical books disappears with digital books. Electronic books' share of the market is increasing rapidly, and physical books may become nothing more than a niche market in the years ahead. This is definitely not to Barnes and Noble's advantage.

Next, the Board speaks of Barnes and Noble's "explosive growth" in the digital business. Of course, any sales when you start from zero can be described as "explosive," certainly on a percentage basis. None of this accounts for the fact that Amazon saw this market first and is way out ahead, both in terms of sales of electronic readers and digital books. Meanwhile, others such as Apple are also ahead of B&N when it comes to electronic readers, and Google and others plan to provide even more stiff competition for the selling of digital books. Old technology Barnes and Noble has a lot of catching up to do, and it remains to be seen whether its one asset/albatross, local presence and a well-known brand name, can somehow make up the difference.