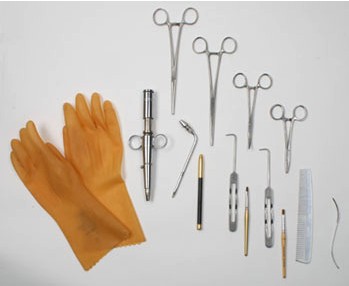 In a stunning announcement, at least for those not expecting the transition from printed to electronic books to be quite this fast, Amazon.com announced that e-books are now outselling hardcovers on their website. The numbers were astonishing. Over the past three months, Amazon said that they sold 1.43 books for their Kindle electronic reader for every hard cover book they sold. For the past month (June), they sold 1.8 Kindle books for every hard cover. They stated that these figures cover all of their U.S. book sales, including books where only a hardcover edition is available.

In an upbeat quarterly report, Amazon also announced that they sold more than three times as many electronic books in the first half of 2010 as they did in the same period for 2009. Association of American Publishers' figures indicate such sales grew by 207%, a healthy rate, though not quite as fast as experienced by Amazon. According to Hachette, author James Patterson has sold 1.14 million e-books to date, and four other authors have reached over half a million sales.

William Jacques didn't get the news about electronic books being more popular than printed ones. Sometime between 2004 and 2007, he regularly visited the Royal Horticultural Society library in London, emerging with old-style books stuffed under his coat. They had not been properly checked out, nor were they ever returned. Something else Jacques had not learned was that crime does not pay. He had stolen some £1 million worth of books from major British libraries in the 1990s, and was sentenced to four years in prison. Once released, he quickly returned to his old ways. This time, he was convicted of stealing £40,000 worth, and was sentenced to another 3 1/2 years. We are not sure how long he will actually serve, since last time he was sentenced to four years in 2002, but was back out casing libraries by 2004. In his last go 'round, Jacques gained something of a celebrity status, earning the nickname the "Tome Raider." This time, the highly educated but not as-smart-as-he-thinks thief was treated more like a common crook.

An odd, if not downright macabre set of Elvis Presley "collectibles" has been removed from a Leslie Hindman's Fine Books and Manuscripts auction this month. We aren't quite sure how this got into a books and manuscripts auction in the first place, but originally announced among the lots were the autopsy and embalming tools used on Elvis' body the day he died. It included such things as forceps, comb, eyeliner, needle injector, and gloves. What Elvis fan wouldn't want these? There is also a toe tag, but it says "John Doe," as a fan stole the one with his name on it that evening. These tools were only used once, and kept by the mortician who prepared the body along with other related items. They were to be sold in two lots, with the combined estimates being $10,000 - $16,000.

However, these items have been removed from the auction, and not for the obvious reason that they don't have much to do with books or manuscripts. Instead, the mortician decided to "donate" the equipment to the Memphis funeral home which provided the services. There was evidently an ownership dispute, and it would seem that the mortician who saved the equipment never owned it. It belonged to his employer. Anyway, that is the stated excuse, but I think I know better. My theory, and this is further proof I am right, is that these embalming tools could not have been authentic because... Elvis is alive!