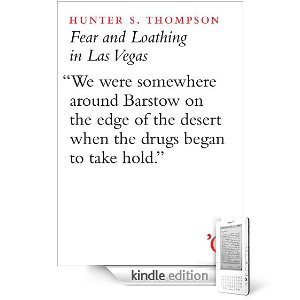 An example of Odyssey Edition E-Book Presentation on Amazon


Other readers and publishers around the world have spoken out against the deal for one major reason: the exclusivity. Macmillan CEO John Sargent said, "I am appalled, however, that Andrew has chosen to give his list exclusively to a single retailer. A basic tenet of publishing is that our function is to reach as many readers as we can. We disseminate our books and the ideas within them as broadly as possible." And this makes sense to me: for the next two years, if you happened to already own a Barnes & Noble Nook or Sony E-Reader, every title on the list is inaccessible to you. Only Kindle users and devices that support the Kindle application (like the iPhone, Blackberry, etc.) may download the e-books. There are, of course, traditional printed versions, though books do go out of print.

The significance of the move is not that Amazon.com has twenty exclusive classic e-book titles that its competitors do not. The ability to read those e-books on a Kindle-enabled device will likely be the deciding factor for few readers. No, the significance stems from the fact that digital rights for older titles are being acted on. And not only that, but traditional publishers are being bypassed entirely. This couldn't have happened in print, but without the printing cost for e-books, it entered the realm of possibility. Now, we'll wait and see how the legal proceedings play out.

Below is a complete list of the twenty titles already available on Amazon.com as Kindle e-books:
- London Fields by Martin Amis
- The Adventures of Augie March by Saul Bellow
- Ficciones by Jorge Luis Borges
- Junky by William Burroughs
- The Stories of John Cheever by John Cheever
- Invisible Man by Ralph Ellison
- Love Medicine by Louise Erdrich
- The Naked and the Dead by Norman Mailer
- Lolita by Vladimir Nabokov
- The Enigma of Arrival by V.S. Naipaul
- The White Castle by Orhan Pamuk
- Portnoy's Complaint by Philip Roth
- Midnight's Children by Salman Rushdie
- The Man Who Mistook His Wife for a Hat by Oliver Sacks
- Fear and Loathing in Las Vegas by Hunter S. Thompson
- Rabbit Run by John Updike
- Rabbit Redux by John Updike
- Rabbit is Rich by John Updike
- Rabbit at Rest by John Updike
- Brideshead Revisited by Evelyn Waugh