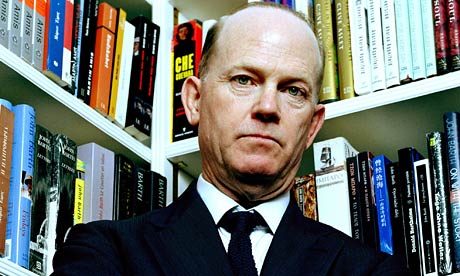 The debate over what to do about backlist titles in e-book form heated up this month as literary agent Andrew Wylie's new business, Odyssey Editions, made a two-year exclusive deal with Amazon.com to publish twenty classic titles from authors under his agency, such as Philip Roth and the estate of John Updike, as Kindle E-Books. Disputes over who owns the e-book rights to older classic titles have surfaced after Mr. Wylie's exclusive deal essentially set a precedent in telling publishers they don't own electronic rights.

Many traditional publishers claim that because of the money spent to support authors, and on hard copy prints, they own the electronic rights to those books. Authors and their estates have come back stating that if their books were published before e-books existed, those digital rights were not sold to the publishers. Mr. Wylie was quoted by the New York Times as saying, "The fact remains that backlist digital rights were not conveyed to publishers, and so there's an opportunity to do something with those rights."

Mr. Wylie's literary agency has more than 700 clients, but the initial deal with Amazon will start with just twenty titles. While the number is small, the deal has drawn a large reaction from the publishing community. Random House, owner of the print rights for many of the titles listed under Mr. Wylie's deal, has responded: "Random House on a worldwide basis will not be entering into any new English-language business agreements with the Wylie Agency until this situation is resolved." They are also disputing the legality of the agreement.