Herd on the Street 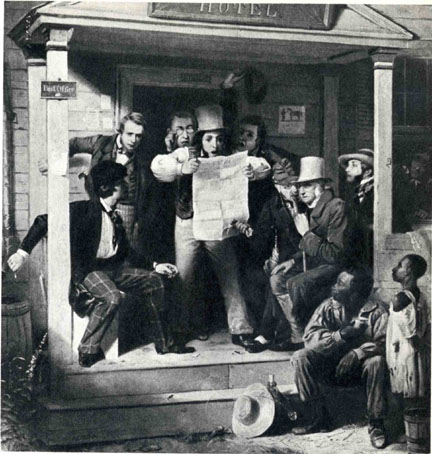 These days change is a constant in the world of books.

When I was in high school in upstate New York the conservative and stable choice for a career was IBM. These were the 1960s and the valley was full of IBM success stories. Big money, prestige and stability were all possible then right down into the middle ranks. And it was a case study of the dictum that past is not prologue. We were looking at the stars and did not see the valley below. The rare book business is looking the same way today.

You could set your proverbial watch by the rhythmic and consistent machinations of the book business all the way from the turn of the 20th century to the home stretch. Dealers were attracted to the field for their interest in the material, the stability of the business model and the evident surplus of buyer demand to supply. One could spend a lifetime investigating interesting material and sell it to a ready market of appreciative collectors.

Several trends were at work though that would lead to fundamental change. Supply was not predictable. The years 1960 to 1980 were, for the auction houses, an exceptional period. Large book auctions of important, valuable and interesting material took place consistently. True, there were fewer houses than there are today, but they were very busy. Large collections, such as Thomas Streeter’s needed seven auctions to complete. Seen from the vantage of 2003, this looks to have been a golden age.

The eighties saw higher prices and the emergence of collectors less interested in the material than its rarity. This field, always a delicate balance of books and buyers, began to skew to the upside as a certain rapaciousness began to take hold, egged on by mindless dealer posturing. “Only copy known, the only copy not in the holdings of the Royal Family” and the like became the hot breath to fill the inflationary balloon that the rare book business became by the beginning of the 21st century.

With the downturn in equities a gear change became inevitable for the book trade. But of course it hasn’t been just the standard off-the-shelf pull-back because since the mid 1990s new marketing alternatives have developed to bring an interesting complexity to the field. The emergence of www.abe.com has clearly been the signal event for it has made it possible for more than 10,000 sellers today to directly post their offerings to a world market that has only just begun to understand that virtually every book extant can and will in time be found online. The sellers are setting up shop. The collectors have yet, in proportionate numbers, to be buying. Cars were built before the paved roads were constructed and the electronic book selling system is being created before book buyers are fully embracing it.