To Galveston and Beyond 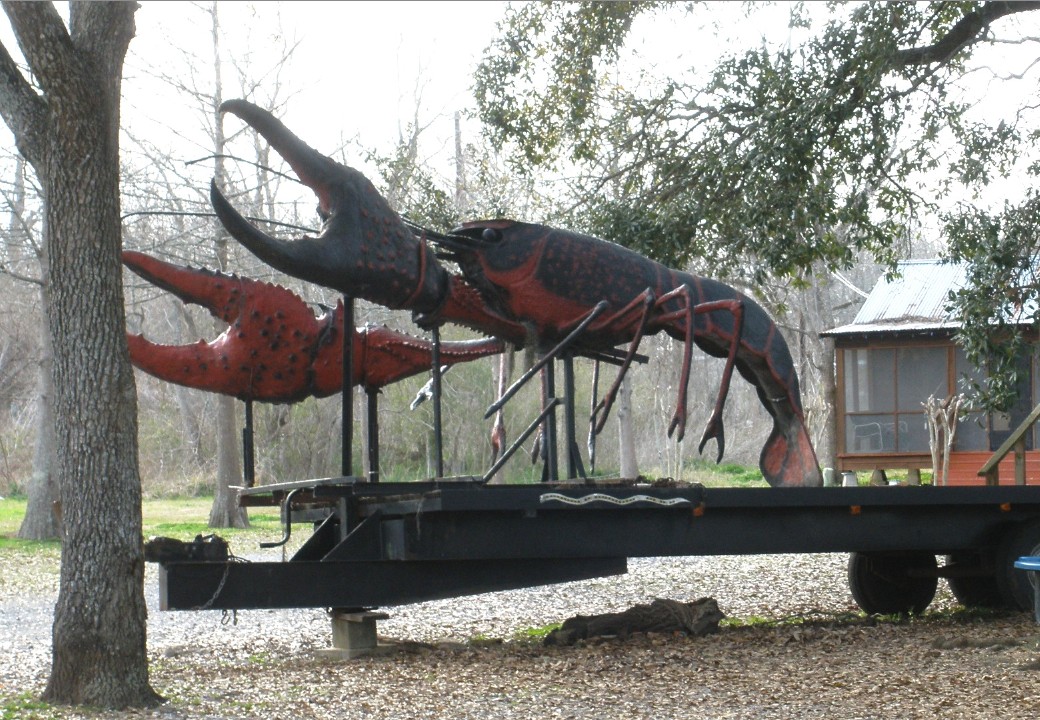 Our latest trip to the southern regions of the U.S. was prompted by an urge to eat boudin and hear some Cajun music. We had some tickets on Southwest that we had to use as well, so we hopped on the plane and flew to Houston, Texas, where we rented a funny little Kia Soul (a red fire hydrant on wheels) and drove down to Galveston for a few days. We have history with Galveston as we worked there on a tall ship restoration for nearly three years.

Galveston is still recovering from Hurricane Ike, but they are doing it well. The historic district is coming back to life and in spite of itself, the yuppies are movin' in with new shops, new restaurants, and new attractions. The old bookstore that was there in the 1980s when we were there is no more and our favorite old Mexican restaurant is no longer very good, but we had some great shrimp po' boys on the waterfront and then walked over to The Galveston Bookshop, owned by Sharun. He has a very nice little store with two levels. The selection is limited but most are quite good. Galveston Bookshop was established in 1991. They are located on 23rd Street, not too far from The Strand, which is the main tourist drag. They carry used books which are well organized and include Sci-Fi, mysteries, non-fiction, fiction, the history of Galveston and the storms that rack the Gulf Coast, a large selection of Texana and Southwest, cookbooks, and a good crop of postcards, CDs and DVDs. They also have a very nice gold and white tabby cat who greets you at the door. It was a very nice store. I found several good Western Americana books at a good price. As far as I could find out, he is the only bookstore in Galveston now.

Hurricane Ike created havoc in his store, coating the floor with mud and scattering books everywhere; the pictures are enough to make a book person cry! You can see it on their website, www.galvestonbookshop.com. But as with the proverbial Phoenix, they have come back from the mud and water, remodeled and renewed. Sharun said they were insured, but still - what a tragedy.

It was too chilly to go to the beach so after several days of visiting with our Texas sailing pals and eating too much, we headed for Breaux Bridge, Louisiana, the Crawfish Capitol of the World. It is a quaint little Cajun town a couple of miles off the main highway. This is where the boudin came in. We stayed at Bayou Cabins Bed & Breakfast where they also make some of the best boudin we've ever tasted. The owner had, over the years accumulated a wild assortment of old cabins, slave quarters, and outbuildings, and moved them in, cabin by cabin, to create his own motel. The huge metal crawfish in front of the cabins was an attraction in itself. They have a website, www.bayoucabins.com, if you want to see them. We did a cursory look in thrift and antique stores for books, but found none worth buying. However, the food was terrific at Café des Amis and they have a nice little coffee shop with great spice cake. We spent two evenings listening to Cajun music at a local dance hall. We love to watch their graceful high stepping!