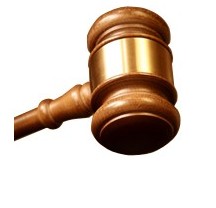 Book prices at auction inched down in 2009.

A detailed look at book auction results for 2009 reveals that virtually every important number was down. The most telling number - median sales price - was down. Sell through rates were down. The ratio of items sold above the high estimate to those sold below the low estimate was down. The number of auctions held and number of items offered were down. So why are we celebrating these seemingly woeful results? The answer is that these declines, particularly in terms of median price, were surprisingly small. We expected a much steeper decline, but the drop in median price from 2008 to 2009 was only 2%. Compare that to the previous year's drop of 21%. It doesn't sound so bad after all.

The median price for books at auction for 2009 was $376, a drop of $8 from the $384 median of 2008. Last year, the median price had dropped $102 from the $486 median of 2007. We believe this relatively minor drop is a sign that the market has bottomed out, and may even be starting to rebound. Median prices were actually much stronger year to year in the fourth quarter of 2009. They rose by $21 from the fourth quarter prices of 2008. We would not be at all surprised to see sales prices begin to rebound in 2010, provided there is not another serious dip in the economy.

This past year we found 468 auctions offering 207,521 lots. That slipped from 476 auctions and 220,798 lots in 2008. Perhaps the most notable decline was in the sell-through percentage. That was off 4%, from the previous year's 71% to 67% for 2009. That is historically a very low sell-through rate as normally around 75% of items offered are sold. That was the sell-through rate in 2007. In 2009, 44% of the items which were sold, sold for above the high estimate. In 2008, that figure was 47%. Items selling below the low estimate were 32% compared to only 29% the previous year. Estimates evidently did not quite adjust as quickly as the market. When items sold below the low estimate are combined with items that did not sell at all, we find that 54% of the items offered failed to achieve a bid of at least the low estimate. That number was just under 50% the previous year.

The largest number of lots sold from a single location went to German house Kiefer Buch und Kunstauktionen with 18,790. They run very large auctions, the number achieved through just 6 sales. Bloomsbury London was next at 17,317 lots over 32 sales, with Dutch auction house Bubb Kuyper and Swann's in New York also selling over 10,000 lots. Auction houses selling over 1,000 items with the highest sell-through rates were Profiles in History from California and National Book Auctions of upstate New York rounding out at 100% (technically, Profiles' sell-through rate was 99.997%). New England Book Auction, as always, was right there with 99%.

The highest median price went to Sotheby's in New York at $11,875. Sotheby's Milan was next at $11,318 on a very small number of lots, while Christie's London also reached five figures at $10,759. A total of 18 houses/locations had mean sales figures over $1,000, including 5 Bonham's locations, 4 of Christie's and Sotheby's, and Doyle, New York, Artcurial Briest, Paris, Swann's, New York, and Jescheke, Berlin. For those with more modest budgets, 6 houses had medians below $100, another 9 between $100 and $200. The highest average sale was at Sotheby's, New York, at $25,726, followed by Christie's, London, at $22,742. Average prices much higher than medians is a sign that some very expensive items were sold by those houses. A single million-dollar item can greatly skew the average price, but has little impact on the median (which is why we use median prices as offering a better representation of market conditions).

Three percent of lots offered went for over $1,000. That's down a point from last year. Once again, Christie's in New York was the leader in this category with 849 items selling for at least four figures. National Book Auctions had the greatest number of inexpensive items, 3,206 lots under $100. They have a lot of interesting and surprising material, so you might want to check them out if your personal finances have not yet experienced a rebound.

If you are subscriber to AE's services at any paid level (Visitor, Research, or Premium), you can check out all seven charts, including detailed information about results from 468 auctions at 76 auction houses. Be sure you are logged in, and then click here.