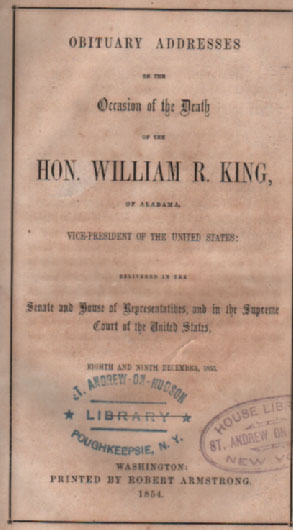 One of the assumptions of the new collector, or the non-collector who discovers a trove of old books in the attic, is that if a book is old it must be valuable. Certainly anything dating back to the 1800’s must be rare and valuable. Instant wealth is just around the corner.

A few months ago, I attended a lecture by Ken Gloss, a bookseller and participant on the “Antiques Road Show” we’ve all seen on TV. At the end, people came up to Mr. Gloss to have their books appraised. Figures like $50 or $75 or $100 were frequently heard. Not bad, but you could see that most of the owners were crestfallen. You know they were expecting to hear numbers in the thousands.

Just because a book is old doesn’t mean it’s valuable. Old doesn’t even necessarily mean rare, but assuming it is, it may still be worth little. The other side of the economic equation is demand. It may be old and rare, but someone has to want it, really want it, before it will bring significant money. Sadly, no one particularly wants most old books. There is no real market for them, and with no market, their value is small.

I recently pulled out a couple of old volumes that had been packed away for 35 years. They were a pair of books of speeches from Congress recognizing specific events. One was the passing of a vice-president you’ve never heard of, and the other a presentation to Congress of the sword of Andrew Jackson. Both were certainly items of American history, and each was printed in the 1850s. Neither makes particularly good reading, and if I had paid a little more attention, I would have realized right from the start that these would be of limited value.

The first volume is the Obituary Addresses on the Occasion of the Death of the Hon. William R. King, of Alabama, Vice-President of the United States. Remember him? Neither do I. He served as vice-president under Franklin Pierce, himself less than a household name. King was the William Henry Harrison of vice-presidents. Harrison was the president who died after only a month in office. King did a little better. He lasted six weeks before expiring.

King was already gravely ill with tuberculosis when he took the oath of office in Havana. Most U.S. inaugurations don’t take place in Havana, but Congress granted this privilege to King as he had gone there in hopes of recovering. He didn’t, and that’s why this little book I now hold exists. Actually, King was of advanced age for his time, 66-years-old, when he was elected vice-president, so his death was not a great shock. He had had a long and illustrious career in public service, dating back forty years, when he was elected. And despite only six weeks as vice-president, he had already served only “a heartbeat away” from the presidency. He was president pro tem of the senate, second in succession, when President Zachary Taylor died and Millard Fillmore ascended to the presidency.