Advertising is Coming to Your Books Soon, Like It or Not 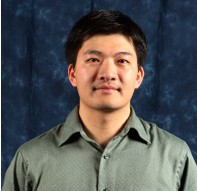 It's coming to a Kindle near you, and it's as ugly as it is inevitable. Remember when the value of subscription television channels was that you didn't have to watch advertising? The advertising-free virtual book may soon be as rare as the advertising-free premium television channel. It should be no surprise that what long ago happened to newspapers, more recently premium TV channels and even our schools, will one day soon happen to books. Like germs, pollution, and bad taste, advertising quickly seeps into every open pore of society. Advertising abhors a vacuum.

Two recent patent applications credited to Hanning Zhou, a manager for the Amazon Print-on-Demand Group, reveals what may be the company's plan for downloaded and print-on-demand books. One pertains to books downloaded to a displaying device, such as a computer terminal or Amazon's Kindle book reader, the other to print-on-demand books. Here is the "abstract" (summary) for the electronic reader:

So, let's say a consumer requests some "content," for example, a book. Based on the request, an advertisement is selected along with the content. The advertisement is then inserted within the content, which is then sent to the consumer. In other words, your book downloaded to your Kindle contains specifically selected advertisements. With the second patent, the same is done to your print-on-demand copy. The genius of this, as opposed to the old advertisements that used to be bound in to the back of books, is that it can be placed anywhere within the text, and can be updated and changed whenever Amazon wishes.

For example, suppose you download a copy of Valentine Davies' Miracle on 34th Street. At the appropriate point, Amazon simply inserts an advertisement for Macy's. Perhaps Macy's targets its advertising to the Christmas season, with a heading like "The Miracle Lives on at Macy's." Makes you sick to your stomach, no? But, this is 100% inevitable so get used to it. Of course, Gimbels could have outbid Macy's for the space in your e-book, but that won't happen because Gimbels is no more. However, Wal Mart might want to take advantage of the opportunity by running an advertisement on "The Miracle of Low Prices" or some such ad saying that you can save money by buying at Wal Mart instead of Macy's. Of course, this may run contrary to the spirit of Miracle on 34th Street, but as we all know, that story was always fiction.

Of course, claims will be made that adding advertising will keep prices down. Sure it will keep prices down, just like it has kept the price of cable TV down. Books are priced according to what retailers believe will bring in the most amount of money, and no number of ads will change that fact. Authors and publishers will demand their cut of advertising revenue from books still under copyright, which may help them but not consumers. As readers we will have to get used to the ads, at least until that second inevitable day, when someone invents a TiVo for Kindles.

Here is a link to the application for this e-book patent.