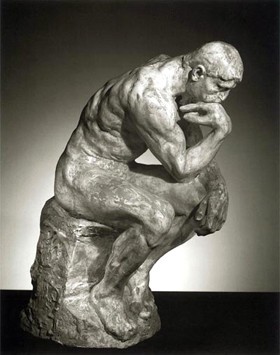 I can't seem to make the same dinner twice. Can't do it. I know that homemaker skills may have traditionally had the pot roast night or the fish night, with well-honed recipes, perfected over the years. I just can't get my arms around that kind of planning. I like to look at the available ingredients in an ad hoc way, sort of re-invent the meal as a one-time-only event. It is a standing joke at my house that you can go ahead and enjoy the meal, but you'll never see it again.

So when I moved into a new organizational structure (for those of you who didn't read last month's column, that meant starting to work for a large non-profit housing agency, in addition to running our bookstore and publishing company) my behavior was, shall we say, consistent with my culinary methodology. I started out cranking out grants for shelters, foreclosure prevention counseling, affordable housing and the myriad other activities that my non-profit engages in - and very successfully, I might add. But quickly, I could see that there were other skills I could bring to the table that could enhance the agency's bottom line.

Specifically, I became interested in the need for unrestricted funds that could be applied to any part of the agency. This kind of money is the most valuable for a non-profit, as it is not tagged specifically by a donor, a foundation, or a government agency to be used for a particular purpose. My first instinct was to create a little eBay business, something I knew, by encouraging vendors to donate a portion of their proceeds to the non-profit. I've successfully set this structure up (see May, 2009 AE Monthly), but I realized more was needed.

The problem is that our agency, like many others, provides services within a specific geographical area - in our case, the Cape and Islands in Massachusetts. Unfortunately, not being in a major city, like Boston, is a handicap from a grant writing point of view. There are only a limited number of foundations willing to donate to our area for the services we perform, and this is a rapidly contracting universe in the current economy.

I realized that if I kept writing grants (like well-worn recipes) from the same set of foundations, the returns to the agency would be limited and decreasing in amount and success. How to explode that paradigm?

I started looking at the agency's assets, like any good business person would, and discovered that there were many solutions to problems related to housing, from "I'm feeling kind of homeless", to "I am homeless", to eventual placement in affordable and stable housing. Solutions are valuable. Solutions are worth money. How could they be exploited in order to provide financing to the agency.

The answer was to mine what is called "intellectual capital" - the explicit and the tacit knowledge that the agency has acquired that is not only resident in its paper and electronic data, but inside the heads of the seasoned program managers. By organizing and then disseminating the intellectual capital and becoming, in effect a knowledge manager (which is not unlike being a bookstore owner and publisher) I could help the agency break through its local reference point and begin to play on a national platform, a place where many other funding possibilities exist.