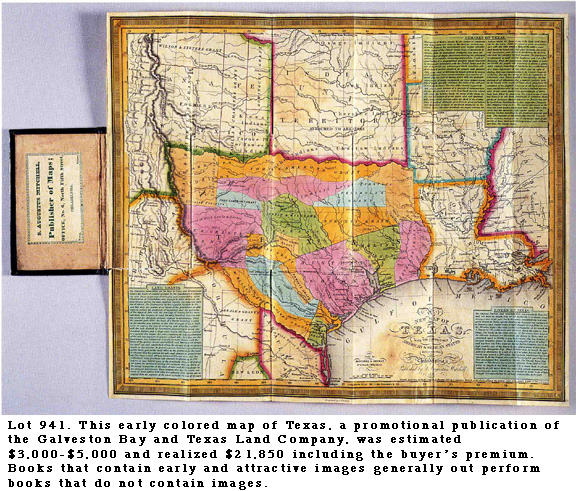 
Dr. Siebert, in some sense, anticipated the Americana Exchange Database (ÆD) by more than sixty years, doing with prodigious intelligence and hard work, the type of thorough and exhaustive searches that are common in the ÆD today.

What Dr. Siebert did with prodigious memory and a self-imposed collecting logic the ÆD does for everyone else. Dr. Siebert established his collecting parameters by visiting dealers and libraries to see what existed and what was available. From these visits and his frequent communications by letter, all composed in his famously cramped handwriting, he wrought from all available sources information upon which to establish both a census of available copies and a comparative grading system for establishing the relative quality of all known copies. It is a sign of his collecting ambition that, having developed his collecting lists he then pursued, as his life's ambition, the acquisition of the best copies. It ultimately made him famous for trading-up, something that made sense only for someone who created a "graded" census of the books he pursued.

Very few people understood exactly what was coming to auction in his first sale in 1999. The French dealers, many of whom are famous for their exacting condition standards, knew. Richard Lan, of Martayan Lan of New York, who was himself a bidder, evaluated material of French interest for several continental buyers. "Many of these items met the highest European standards for both rarity and condition" according to Mr. Lan. But also in the room for both sales was William Reese, the leading dealer in Americana and these sales would provide clear evidence, if any evidence was needed, that the William Reese Company dominates the Americana field. Both as calculated by lot and dollar volume Mr. Reese purchased 47% of the sale on behalf of more than twenty clients, libraries and his firm. As the two sales realized more than twelve million dollars the Reese directed purchases totaled almost six million dollars. Recently Mr. Reese said of the Siebert sales: "Siebert is a benchmark in the market, not just because these sales realized high prices but because they provided concentration in the field - a moment in time when many of the important books in the Americana and linguistic fields came under the hammer and their individual and comparative values could be reconfirmed in the public market."

The first sale included Canadian items such as the fabled Jesuit Relations**, thirty-one lots of Canadian Indian languages material, the Eliot Indian Tracts, Trans-Appalachia material, Indian captivities, Eastern Indian Languages and finally Indian Treaties before 1800. This was 548 lots of exquisite material. The second sale was held on October 28th of the same year and the emphasis was on the south and west with more than one hundred Plains and Rockies Narratives, twenty-eight Texas lots, and about two hundred Indian related items. The total of the lots in both sales was 1,080.