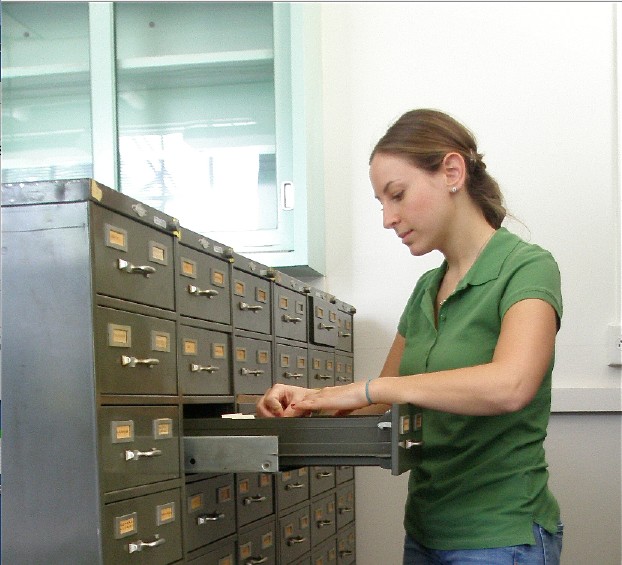 A massive paper record of historic bird migrations is migrating to a computer database, and this is one case where even the greatest fan of paper cannot help but be pleased to see the creation of a digital record. Welcome to the North American Bird Phenology Program, a major information transfer spearheaded in Maryland, but employing volunteers across the nation. When completed, the computer power that will be able to be applied to these records should reveal information no one could have imagined obtaining when the program began over a century and a quarter ago.

"Phenology" is the study of natural events in the life cycle of plants and animals and their relationship to seasonal and climate change. With plants, it can explain the time of year they flower, with birds, the time and places to which they migrate. This subject fascinated 19th century ornithologist Wells W. Cooke, who began keeping records of the timing of bird migrations in 1881. He would write down the dates when various birds arrived at certain locations and keep the information in a file of index cards. To expand his knowledge, he began recruiting volunteers, who would note their observations and send them to him. By the time he died in 1916, Cooke had collected a million of the cards.

At its peak, Cooke's project, now known as the North American Bird Phenology Program, had 3,000 volunteers, jotting down sightings and sending them to him. Even after he died, the collection of data continued. The records grew from one to six million, and the cards were placed in the care of the U.S. Geologic Survey. However, by 1970, the number of volunteers had declined, and the Geologic Survey stopped accepting new cards. Still, they kept the six million collected over the course of almost a century, putting them in storage. There they remained while technology caught up with them. Now, with digital databases, high speed computing, and long distance access via the internet, there is finally a way to make use of the enormous bits of unconnected data Cooke and his successors kept for us. It is most fortuitous that they did, as there is no other substantial record of historic bird migrations in existence, and a record of the past is critical to understand what may be happening to birds and other forms of life in this era of global warming. It's unlikely Cooke ever imagined how his data would be used or what its importance would be, but thankfully he had the foresight to realize it would be of value and importance in the future, and so he diligently created a record for future generations to access.

Today's North American Bird Phenology Program is operated from the Patuxent Wildlife Research Center in Beltsville, Maryland. At the center, volunteers scan images of the old cards. From there, another set of volunteers, operating from homes all across the country, convert the scanned data into a format suitable for a database. So far, around 200,000 of these records have been scanned, meaning there are still 5.8 million to go. In other words, the NABPP welcomes more volunteers, whether people near Beltsville who can help with the scanning, or those far away who can help manipulate the data for entry into the database from their homes.

When the entry is completed, it will be possible to track bird migration patterns and timing over the past century-plus. When coordinated with climate records, it will also be possible to see how climate change has affected bird migration patterns. This is just one example of the potential uses for this large collection of data once the ability to sort and arrange, impractical in Cooke's day, can be applied to this wealth of information.

If you would like to volunteer to scan or enter these records in the database, please go to the following link: https://www.pwrc.usgs.gov/bpp/BecomeAParticipant. You will also find links on this page to learn more about this important program.