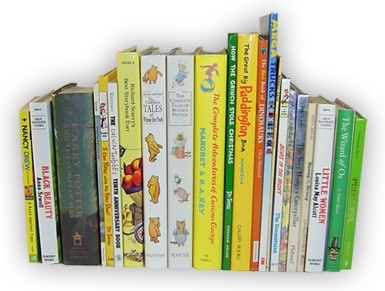 Is it legal to sell old children's books?


On March 20, Acting CPSC Chairman Nancy Nord wrote a more extensive letter to Congressman John Dingell on the legislation, including a few paragraphs on old children's books. It noted some possible solutions, but left the matter up in this air of uncertainty. She described applying lead standards retroactively to books as "problematic," and pointed out that sellers of old books are not required to test for lead. However, she also stated that very limited testing of older books indicated lead content "hovers around the 300 ppm mark." The lead standard that went into effect in February is 600 ppm, but that amount will drop to - you guessed it - 300 ppm in August. Remember, not having to test does not exempt booksellers from the mandate not to sell books with over 300 ppm of lead, which goes into effect in August.

Acting Chairman Nord made a couple of suggestions to Congress. One was to reduce the age definition for children with regard to books to something less than the 12 used for other products. The idea here is that while a 3-year-old might stick a book in his or her mouth, a child of 12, who might still put a toy in his mouth, is unlikely to do so with a book. Presumably, this would free old copies of Alice's Adventures in Wonderland from lead content regulations, but not Goodnight Moon. This seems unsatisfactory for booksellers and libraries, which would still have to eliminate some books, and have to figure out which books appeal to older children and which to younger children. A more helpful possibility suggested by Ms. Nord was legislation that would grandfather products made prior to the date of adoption of this legislation (2008) if the risk was de minimus.

Meanwhile, Nebraska Congressman Jeff Fortenberry submitted a bill to Congress on March 23 which would amend last year's act to exempt most books from its application. This amendment states that lead limitations in the act would not apply to "ordinary books." "Ordinary books" are defined as "published on paper or cardboard, printed by conventional publishing methods, intended to be read, and lacking inherent play value." In other words, that special book with a lead fastener would still be subject to the law, but regular paper books would be exempt. Fortenberry's bill was immediately endorsed by the American Library Association. The ALA has vehemently defended libraries' right to display older children's books, and deplored the potential removal of them. ALA President Jim Rettig issued a statement saying, "We are grateful for this bill since it supports what the ALA, libraries, teachers and parents know to be true - books are safe and should not be regulated by this law. Reading is critical to child development, and libraries should be free to continue providing services to children without fear of having to comply with unnecessary and expensive testing." Booksellers are undoubtedly saying "amen."