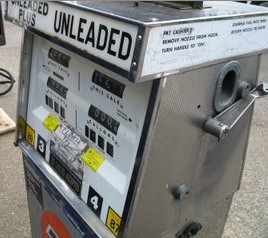 Make sure those children's books are unleaded.

The issue of the legality of selling old children's books in light of new lead content standards reared its ugly head again after written statements by one of the commissioners of the Consumer Product Safety Commission. The issue arose after last year's adoption by Congress of tough new lead limitation standards. The new rules were inspired by last year's discovery of high lead content in certain children's toys and other articles, primarily those imported from China. However, the rules are broad enough to apply to not only newly manufactured items, but those made long ago, and not just to toys, cribs, children's jewelry and such, but anything used by children, books included. It is doubtful that Congress intended the new law to apply to books, or even thought about the matter, but nothing in the law exempted them from its reach.

The ink used in books at one time often contained lead. Bindings and other parts of the book may have as well. They probably didn't contain much of it, but some. Lead standards designed to protect production workers eliminated this usage around 1978. It has generally been accepted that books from 1985 going forward have lead content well below acceptable maximums. Pre-1985 books, however, have been subject to concern, at least on the part of some.

The new rules also require children's items to be tested for lead content before sold. That may make sense at the production level, where items are mass-produced, but what about the old book being offered for sale by a used book store, thrift shop, or simply made available to children at a library? Nothing clearly exempted these merchants and organizations from the testing requirement either. Of course, these groups may have only one copy of any particular old book, and the cost of testing is estimated to be $300-$600 per item, and destroys the book in the process. Obviously, this is not a practical option for small and cash-strapped institutions such as libraries and used book sellers.

In January, the CPSC seemed to extend sufficient relief for those dealing in old children's books. While such people still cannot sell or lend books with an unsafe lead content, it stated that it would not be necessary for resellers to test old items for which there was not likely to be a high lead content. That seemed to provide a safe harbor for the bookseller and library. However, one of the commissioners, Thomas H. Moore, sent a letter to several members of Congress that appeared to place this safe harbor in doubt. In talking about what books a library might need to "sequester," Moore wrote, "We have not gotten the kind of information we need about all the components of children's books to be able to issue them a blanket exemption. The industry has made assertions and done very limited testing, but the Act requires more, as it should, before we can exempt a children's product from the lead content requirements of the law. We cannot act on the 'everyone knows children's books don't contain lead' and 'historically there has never been a problem with lead in children's books' assertions, particularly when we now know that children's books have indeed contained lead in the past." This certainly provided cold comfort to those dealing in used books. Many thrift shops, such as Goodwill, have been reported to have removed children's books from their shelves, and even a couple of libraries apparently did so with their pre-1985 children's books.