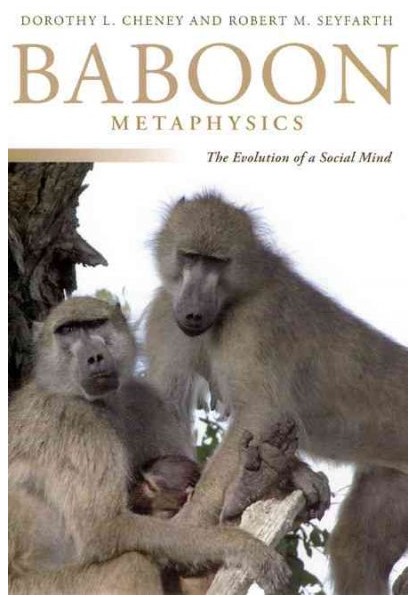 The Bookseller magazine has announced the six finalists for its 31st annual Oddest Book Title of the Year award. These are titles that were not meant to make you laugh, which is precisely why they do. They range from the odd to the unintentionally suggestive to the incomprehensibly vague. Frequently, they are books of a technical nature, written by people with outstanding scholarly abilities, but not much aptitude for writing a headline. The good news is that, in their ineptitude, they unintentionally created some classic titles anyway. This year, there are six nominees for the prize, which will be announced on March 27.

Baboon Metaphysics by Dorothy L. Cheney and Robert M. Seyfarth. Cheney and Seyfarth are not great philosophers from the Planet of the Apes, but simply people who have studied the baboons of Botswana.

Curbside Consultation of the Colon by Brooks D. Cash. This book doesn't involve actually conversing with the colon, or providing those embarrassing, uncomfortable examinations on a public street. It is merely a work of technical medical advice concerning the colon for physicians.

The Large Sieve and its Applications by Emmanuel Kowalski. This is a book about very complex mathematical formulas, not very simple kitchen utensils.

Strip and Knit with Style by Mark Hordyszynski. The illustrations here will disappoint, as this book has nothing to do with stylish strippers. It has everything to do with knitting strips of fabric.

Techniques for Corrosion Monitoring by Lietai Yang. The publisher describes this book as providing guidance on monitoring the corrosion of material, such as "polarization techniques, potentiometric methods, electrochemical noise and harmonic analyses, galvanic sensors, differential flow through cells and multielectrode systems." Clear enough?

The 2009-2014 World Outlook for 60-milligram Containers of Fromage Frais by Professor Philip M. Parker. This is a highly technical study of worldwide demand for this particular type of specialty French cheese in 60-milligram containers. If the subject interests you, the book is available on Amazon for a mere $795.

AbeBooks released its top 10 most expensive sales for the month of January, and the good news is that hard times notwithstanding, there are still books being sold for hefty price tags. Here they are: