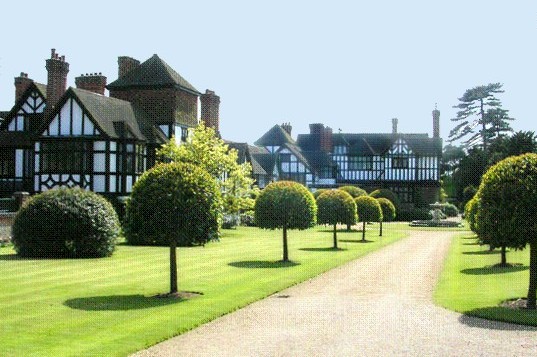 In yet another case of a highly respected bibliophile being caught in a massive theft of rare books, longtime bookseller David Slade of the UK was sentenced to 28 months in prison earlier this month. Slade pleaded guilty to stealing £232,880 (about US $340,000) worth of books from the wealthy investor who hired him. What makes this case even more unsettling for the book trade is that Slade was a former President of the Antiquarian Booksellers Association, the premier organization of UK booksellers. One of the ABA's major functions is to promote ethics and honesty in the trade.

The 59-year-old Slade, who has been selling books since he was 17, went to work for Sir Evelyn de Rothschild in 2001. Rothschild, a very wealthy man, reportedly worth a fortune pushing $1 billion, has a very nice library on his estate. He wished to have his collection catalogued, and Slade, with his background, undoubtedly must have appeared the ideal candidate for the job. Indeed, it appears he did a decent job, except that he worked slowly, and a few volumes disappeared. According to the guilty plea, that number was at least 68. His slow progress raised some suspicion as to why it was taking him so long to complete the project.

Between 2001 and 2005, Slade lifted books from Rothschild's collection of turn of the century private press books. Some titles had values as high as $50,000. Slade brought many to Dominic Winter's auction where they were sold. His importance and reputation within the book trade made it easy for Slade to move his ill-begotten material to auction without raising suspicion. It was not until an audit was conducted of Rothschild's library that the collector realized that some of his possessions were missing. The unexpectedly long time it had been taking Slade to complete his cataloguing was a major factor in bringing the Bristol bookseller under suspicion.

In April 2008, police raided Slade's home. There they found books and sales receipts for books that were once housed in Rothschild's library. Slade later admitted to the thefts, attributing his surprising behavior to large debts he had racked up, around $50,000 in credit card debt for starters. While the Judge at Aylesbury Crown Court accepted Slade's contention that he was motivated by debt, not greed, he still described Slade's actions as a flagrant breach of trust and sentenced him accordingly. The current ABA President, Allan Shelley, offered a statement expressing sorrow about Slade's situation, but also deploring his crimes.

The case of David Slade appears to be a particularly sad one, as unlike some thieves, he did not appear motivated by extreme greed or a desire to live a high lifestyle. He seems more to have been attempting to hang onto a failing business, and maintain the reputation built over many years. However, that does not make what he did excusable. Now, as his attorney pointed out, the consequences he will suffer are far worse than his previous financial predicament. He will spend the next two-plus years in a most unpleasant place, he is ruined financially, and his long built reputation is totally destroyed. He will not get off lightly.