BookFinder's Top 10 for 2008: Do It Yourself and With Someone Else 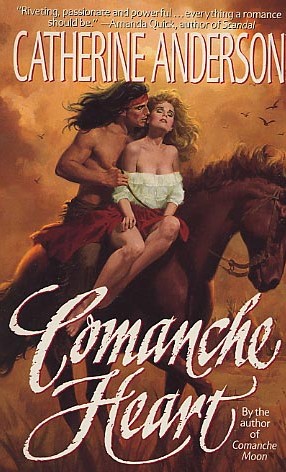 Romantic fiction is very popular, but wouldn't she fall off of that horse?

BookFinder.com has released its top 10 list of the most sought after out-of-print books of 2008. BookFinder provides searches of dozens of book listing sites, so they get a good picture of what older titles people are most trying to find. The list is a varied, eclectic lot, which, come to think of it, reflects who we are.

This year's list features activities we can perform on our own, such as do-it-yourself projects, and those requiring another, such as sex and murder. Throw in some science, sport, romance and animals, and what else do we need? Nothing, except some specific recommendations, so here they are, courtesy of BookFinder.

10. The Principles of Knitting: Methods and Techniques of Hand Knitting (1989) by June Hemmons Hiatt. A knitting book in the top 10 seems surprising, but last year there were actually two in the top 10.

9. Woodworker's Essential Shop Aids and Jigs; Original Devices You Can Make (1992) by Robert Wearing. This is a useful if not exciting book.

8. Legally Sane (1972) by Jon K. Hahn with Harold C. McKenney. A look at the killing spree of a psychopathic, though "legally sane," murderer.

7. Comanche Heart (1991) by Catherine Anderson. A woman flees her windswept Texas plains home, but her Comanche warrior lover still tracks her down. This is not Shakespeare.

6. A Lion Called Christian (1972) by Anthony "Ace" Bourke and John Rendall. This book was resuscitated by the amazing YouTube video of their reunion with the pet lion in the wilds after a long separation.

5. Carpentry for Beginners: How to use tools, basic joints, workshop practice, designs for things to make (1900) by Charles H. Hayward. Some things never go out of style, as the publication date of this book attests.

4. Murmurs of Earth: The Voyager Interstellar Record (1978) by Carl Sagan. No one ever combined the words "popular" and "science" like this man.

3. Promise Me Tomorrow (1984) by Nora Roberts. An early novel from the romance novelist who will not allow it to be reprinted as even she believes it is "mediocre."

BookFinder notes that the quickest way to drop from the top 10 out-of-print list is to be reprinted, which happened to two of last year's chart toppers: The Lion's Paw, a children's adventure by Rob White, and Football Scouting Methods by Steve Belichick, father of the New England Patriots football coach. Then again, maybe the latter fell out because his boy's football team is not doing so well this year. This fates awaits three of this year's top 10 scheduled for reissue in 2009: Once a Runner, A Lion Called Christian, and Comanche Heart.