Mining the World of Bargain Books 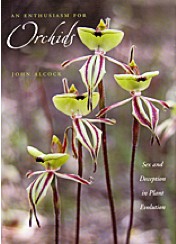 There are many different ways to buy books: from individuals, estate sales, auctions, publishers, distributors, and library sales. You can even publish books yourself, as we do. But another way to acquire stock expeditiously and at very low prices is to buy bargain books.

Bargain books are typically acquired either directly from the publisher as titles that are just not moving rapidly enough to justify their storage, or second-hand from wholesale jobbers at still heavily discounted prices. These books can be "remaindered," typically with a mark on the bottom pages, or some other kind of defacing from mild to obnoxious. They can also be "hurts," i.e. books that can no longer be sold as new because they were damaged at some point in their manufacture or transit. Or, these books could just have been those that were returned to them by retailers. They are sold by the book, the box, pallet or trailer-load.

Sometimes bargain books are part of a "white sale," that is, a deep discount directly to the retail trade from the publisher. Or, the books can be acquired through an auction process which typically involves large amounts of money and commitment - these auctions would typically be "attended" by jobbers who then re-sell to the retail trade. Although publishers sometimes sell smaller quantities in these auctions, preference is given to the larger orders.

The interesting thing about bargain books is that although they sell at heavily discounted prices, they are not necessarily cheap books at retail. Not at all. Books that are discontinued by the publisher after a limited run may readily fall into the category of rare books. And often, limited runs have only one edition - the first - which also adds value to the book. I have even purchased signed first editions as remainders.

So in purchasing bargain books, one of the things that we consider is whether we will be able to sell the book for more than its original retail price. Rather than compete at the bottom with bargain resellers, we'd rather compete at the top. We are less interested in selling more copies of books inexpensively, than selling a few at rare book prices. We have found that this is a lot less work and is more profitable in time, shipping materials, and money. Now, that is not to say that other business models aren't acceptable; this just happens to be ours.

The discounts on bargain books range widely, but generally from 20% - 50% off the suggested retail price, or even more. Jobbers will typically required a minimum order, say of $200 to get the full discount, or perhaps a minimum quantity of 50 books. You will want to read all the terms and conditions of sale, as books are often not returnable. If you do not want to work with damaged books (that are really hurt, or have remainder marks), you need to make sure that these are not part of your order. Some jobbers will not give you that option; some will.