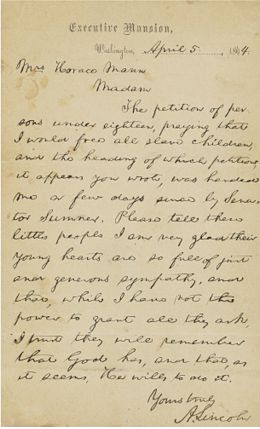 Another year has come to an end, which means it is time to look back at the AE Top 500 of book and ephemera sales at auction for 2008. This was a tough year. It certainly started well enough, a robust economy providing high-end book collectors with sufficient funds to feed their obsession. As late as July, $4 gas, painful for drivers, reflected just how booming the economy was. The year did not end this way. Next month we will have a chance to gather all of the sales figures for 2008 to present a more detailed look at the market for books. For now, the anecdotal evidence hints at a dose of reality.

Nothing was close to last year's top prize of $21.3 million for a Magna Carta, but that was an aberration even last year. What's more telling is #500. In 2007, the 500th most expensive item at auction sold for $72,000. This past year, #500 went for just $51,000. The midpoint number in the first half of 2008 was $61,000. The midpoint for the second half of the year was only $43,750. For those of you in the book trade who have found making sales difficult, or requiring unusually steep discounts, it is not your fault. Books are subject to the same market forces as gasoline, stocks, and real estate. This is a better time for buyers than sellers.

Now it's time to get to the Top 500. Near the end of this article, you will find a link to the complete list. There are many names that make multiple appearances on this list, and often make it year after year. You will find plenty of material from Dickens, Shakespeare, Austen and Hugo. This was a very big year for material related to Andre Breton. Scientists get their due with Darwin, Einstein, Newton, Kepler, Copernicus, and Galileo all quite popular. From government, Elizabeth I, Churchill, Washington and Lincoln are always in demand. Albrecht Durer illustrations are regulars to the Top 500, as are those of Audubon. This year, many original illustrations for Peter Rabbit and Winnie-the-Pooh also brought in top dollar. Beethoven and Mozart may not have made the Billboard Top 500, but they made our charts. Several copies of the Book of Mormon prove it is extremely collectible if not rare. Economist Adam Smith had a better year than the economy.

At #486 was the copy of John Ledyard's Journal of Captain Cook's Last Voyage which made such a stir when it went from eBay to Christie's auction rooms in 81 days. $52,500. An archive of presidential assassin Lee Harvey Oswald took in $59,750, enough for #412. He was no Lincoln, but Abraham's ineffectual predecessor, James Buchanan, made it to 346 with a private letter claiming, "I console myself with the conviction that no act or omission of mine has produced the terrible calamity [Civil War]." $67,000. At 322 is a remarkable letter from French navigator La Perouse, written seven years before he disappeared off the coast of Australia, concerning a meeting he had with George Washington in 1781. He, like most others, was impressed. $71,874. Next, at #321, is an archive of over 200,000 photographs from films and of their stars from the massive inventory sale of the Collector's Book Store of Hollywood. $71,980.