Interview with a Classic Bookman 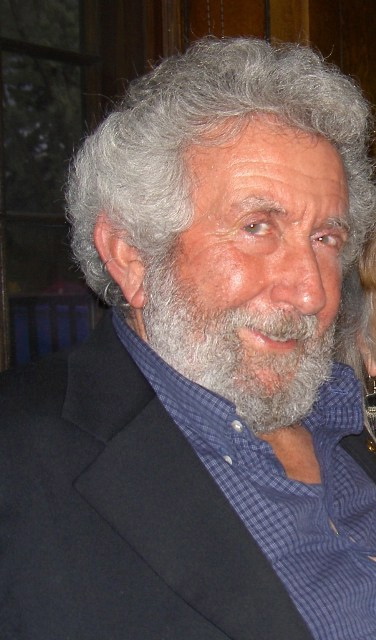 Ed Glaser is the owner of Edwin V. Glaser Rare Books in Napa, California. Ed has held a well-respected place in the book business for more than forty years. If I had a question about the book business, Ed is one of the first booksellers I would call on for advice. Even if his eyes rolled back in his head in desperation, I know he'd answer with good advice. He's incredibly knowledgeable and fun to talk to; an old-fashioned gentleman, but not a bit stuffy, and he has a great sense of humor. He's not one of those crotchety old codgers who peers over a pair of half-spectacles when you walk into their shops, growls and then sticks his head back in a dusty tome. Ed has been in the rare and antiquarian book business since about 1964, but he had a couple of other careers before that. We asked Ed to tell us a bit about how he got into the business.

"Bookselling is my third career," he related. "I started as a newspaper man and when that didn't work out, I went into the family business for a few years. That was manufacturing industrial fasteners - you know - nuts and bolts. I didn't like peddling nuts and bolts, so I said; what do I want to do? I want to be my own boss, I want to handle a commodity I like and respect...what is that? I said: Books. I didn't know which area of the book business I wanted to go into, so I joined American Bookseller's Association. In their packet, was a copy of A.B. Bookman's Weekly. I looked at that and the lights flashed, the bells clanged, and I said; this is what I want to do. This is great. I can go to the Salvation Army, the Goodwill and pick up books, what fun! So I started at that level in 1964 then graduated to a book shop that I ran part time while I still had my day job. This was on the Lower East Side, in New York, in the East Village, during the "hippie" thing.

"I made pretty quick progress. I bought someone else's stock and so forth. But I soon decided that selling books for 75 cents a book didn't cut it so in 1969, I quit my day job. By that time I had become somewhat of a specialist in out-of-print scholarly books on the humanities. The business grew nicely until the mid-1970s, but because of a divorce and the need to maintain the ex-wife, two kids, their house, my shop, and my own residence, I gave up the shop and decided to specialize. I didn't know quite what I wanted to specialize in since I liked almost everything - literature, history, and so on, but by a stroke of good luck, I stumbled on a world class collection on the history of science and medicine. Of course, that was something in which I had the least background. My education was in the humanities, but the collection had belonged to two Viennese born and educated psychiatrists and contained all the invoices from whom the books were bought, what they paid for them, and all the bibliographic references for the books. I sequestered myself for three months and came out with quite a nice catalogue which was well received. Voilá, I was an instant specialist."