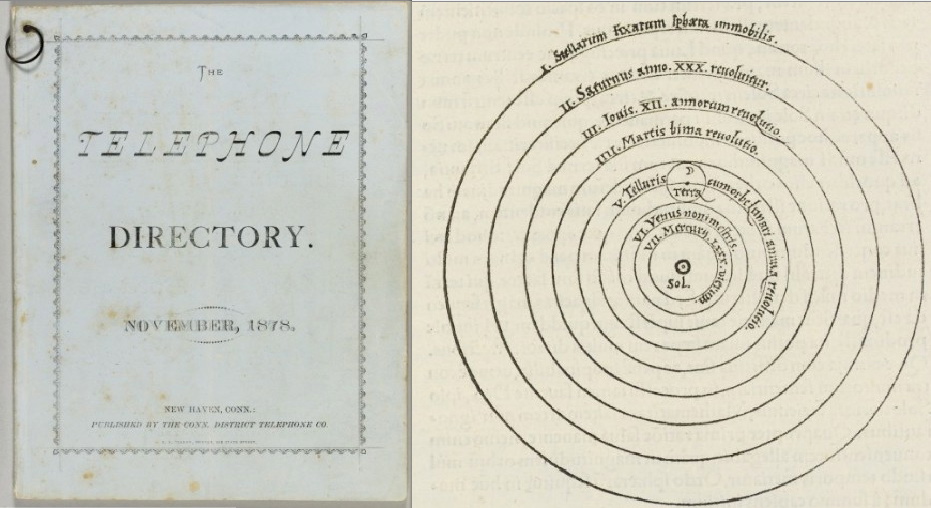 One of the most important auctions of scientific books, the Richard Green Library, took place at Christie's in New York on June 17. The auction set price records for many authors, including Galileo, but most attention was focused on a seemingly mundane item, a simple telephone book. There must be tens if not hundreds of millions of these massive books printed every year. Twelve months later they are in the trash. So why would anyone pay $170,500 for a telephone book? The answer is that this is the very first telephone book ever published. It followed the invention of the telephone by just two years.

Alexander Graham Bell invented his life-altering device in 1876. While the first long-distance lines were laid the following year, it was not until 1878 that the first commercially available phone system began operation. That was the Connecticut District Telephone Company of New Haven. They ran wires from their subscribers to a central office, enabling communications from one customer to another. While an initial list of 50 subscribers (now lost) is believed to have been published in February 1878, this publication dated November of that year is the first true telephone book. Christie's was not able to locate any other copies of this first edition of the first phone book still in existence.

This book contained an alphabetical listing of 391 subscribers plus an addendum of 16 more names, advertisements, some essays on the telephone and related equipment (such as the microphone), an essay on "Progress in Electric Lighting," and instructions on using this new device. Some of these include, "you should...commence the conversation by saying 'Hulloa!' When you are done talking, say 'That is all!'" There's nothing about text messaging. Others include, "While talking, always speak slow and distinct, and let the telephone rest lightly against your upper lip, leaving the lower lip and the jaw free..." Rules include no calls lasting more than three minutes and no more than two calls an hour (these are still good rules). Any use of profane language is to be reported to the telephone company immediately.

While the first phone book was the most curious item at the auction, it was hardly the most expensive. The Green Library took in a total of $11,019,688, or $38,130 on average for each of the lots sold. The top price was $2,210,500 for De revolutionibus orbium colestium, libri V by Copernicus, from 1543. This is the work in which the great astronomer proclaimed that the sun, not the earth, was the center of the universe, and explained the planet's rotation and revolution around the sun. The second highest price was for Arte de navegar by Pedro de Medina, published in 1545, which sold for $578,500. This very rare original edition is considered the first practical treatise on navigation and includes the map first showing the papal demarcation between Spanish and Portuguese America. Third was Le operazioni del compasso geometrico, et militare... by Galileo, published in 1606. This is the extremely rare privately printed first work of Galileo, published in only 60 copies. It sold for $506,500. Other names in the ten highest prices were Kepler, Einstein, Darwin and Cellarius.