The Greatest Sendak Exhibition Coming to the Rosenbach 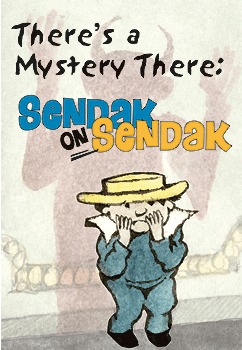 Maurice Sendak is the focus of a year-long exhibition at the Rosenbach.

The Rosenbach Museum and Library will be holding an exhibition of the life and career of famed children's author and illustrator Maurice Sendak. It is called There's a Mystery There: Sendak on Sendak, and will run from May 6, 2008 until April 30, 2009. If you will be anywhere near Philadelphia during the next year, this is your opportunity to learn all about this man and his fantastic imagination. Presented will be the largest Sendak exhibit in the world, over 130 pieces from the museum's large collection of original artwork, sketches, and never-before seen working material.

Sendak's career began as an illustrator in 1947, while still in high school, illustrating a text on atomics. It would pick up in the early 1950s as an illustrator, and then again in the middle of that decade when he began writing books for children. He was already a well-established writer and illustrator in 1963 when he published his best-known work of all, Where The Wild Things Are.

That Sendak chose the Rosenbach to house his work is most appropriate. Dr. A.S.W. Rosenbach, famed 20th century book dealer and founder (with his brother) of the museum, was perhaps the foremost bookseller of the century. He dealt in the most important (and expensive) printed works of his time, but personally he was a collector of children's books. He would undoubtedly be extremely pleased to see his legacy put to such good use. Indeed, it was just as his long career and life was coming to a close in 1952 that Sendak was just beginning a career that has lasted into the new century.

The exhibition is not limited to static displays, but includes touch-screen video interviews, which cover his career, influences, and even old family photographs. Elsewhere you will find original artwork, ranging from Where The Wild Things Are to illustrations for books never published. For those unaware, William Blake and Herman Melville were among his greatest influences.

Along with the regular exhibitions there will be several special events over the course of the year. May 17 and 18 will feature performances of the Wild Things Whirligig, while Sendak's 80th birthday will be celebrated on June 10. For more information about the programs, and days and hours the museum is open, call 215-732-1600 or visit the Rosenbach online at www.rosenback.org.