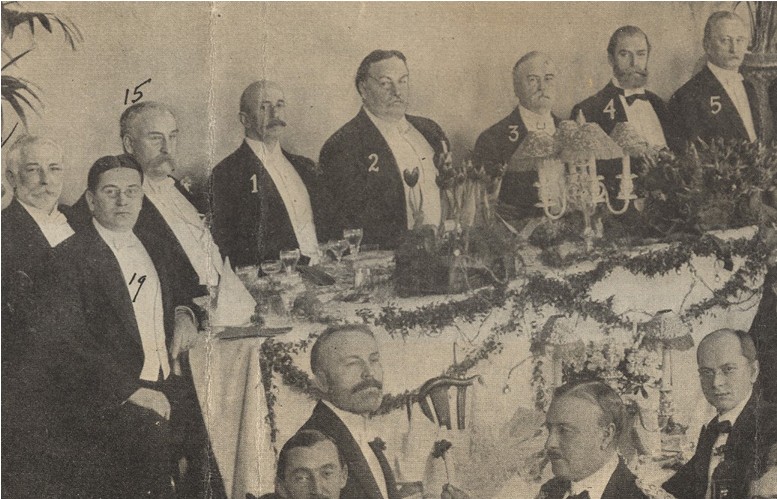 
The story appeared to end there. It left me with a hollow feeling. While it was good to be able to bring these people back to "life," after being buried in the pages of a forgotten album for most of a century, I knew they would soon be returned to the shelves and oblivion, perhaps this time forever. Though their story was intriguing, neither I nor Mr. McKinney had any connection to this family. The album belonged to the Rudd family, but sadly, it appeared that there was no more Rudd family to cherish these ancestors. I hoped someone would appear, perhaps a grandchild of Edward Jr., but only silence followed the publication of my article in April 2005.

And so it was with great surprise that I discovered a message in my electronic mailbox two and a half years later. Even more surprising, it did not come from a descendant of Edward Jr. It came from a descendant of Judge Rudd himself, whose line, I thought, surely must have died out years ago. In fact, the writer was but one of several great-grandchildren of Judge Rudd, who had three grandchildren. How could this be?

It turns out that assuming too much can make a ...you-know-what out of me. The letter came from Bonnie Moon Olson, a great-granddaughter of the Judge, a resident of California, far removed from the icy streets of Albany her great-grandfather knew. It turns out Ms. Olson did not know much more about the Judge than did I, evidently attributable to the mysterious life of the connection between her and the Judge, his son Tracy Rudd. I had assumed that with no mention of Tracy having a wife or children in the scrapbook, not even in Judge Rudd's obituary, it meant he had none, and if he had no heirs by the age of 45, it was unlikely there were any. However, Ms. Moon reported that she had a photo of Judge Rudd with his grandson (her uncle), also named William Platt Rudd, on his lap. Somehow, this continuing line was erased from all mention in the scrapbook. But why?

We will never know for certain the answer to that question. However, there seems to have been something about Tracy Rudd that was different from the rest of this close-knit family. What Ms. Moon knew was that Tracy Rudd had three children, her uncle, William, and two daughters, Betty and her mother Mary. Naturally, he also had a wife, Gertrude Hormel Rudd. That relationship went very sour. Gertrude, Ms. Olson's grandmother, evidently said very little about Tracy, other than that he was a "scoundrel."

Obviously, we are only hearing one side of the story, as apparently Tracy didn't hang around long enough to give his. At least according to Gertrude, he deserted the family, leaving her to raise his three children alone. Ms. Olson's understanding is that Tracy died in an airplane crash in the 1950s. With no contact from her father, and a very embittered mother, little was passed down to Ms. Olson's mother about the paternal side of the family. So, while Judge Rudd had three grandchildren and now many great-grandchildren and great great-grandchildren, they know little about him. Now, thanks to an old family album purchased out of curiosity by a complete stranger off of eBay, they will learn a lot more. Judge Rudd, his wife and sister, and his father, railroad conductor William T. Rudd, and his mother, yet another Adeline, are making their way back home to their family. Those of us who got to witness, and even play a small part in this family reunion, could not be happier.