Rose's Books and the Cistercians 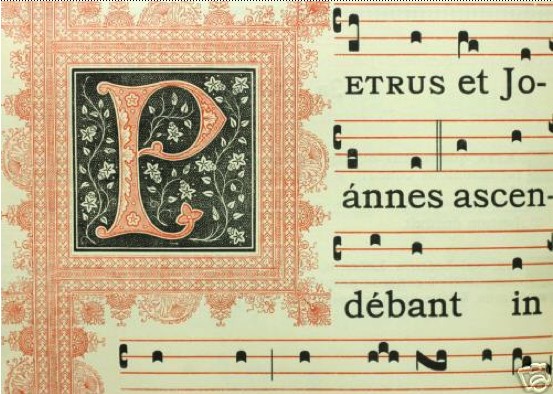 Gregorian Chant (from the Antiphonarium).


The Antiphonarium Cisterciensis consists of two volumes. The first volume, the Pars Hiemalis et Vernalis (the Winter and Spring part) begins with the Advent Season and ends with the Pentecost Solemnity which marks the end of the Easter Season. The second volume, thePars Aestivalis et Autumnalis begins with the Solemnity of the Holy Trinity (Octave Day of Pentecost) and continues until the end of the liturgical year before Advent begins. Each volume has a "Proper of the Temporal Season" and a "Proper of the Saints". Both volumes also have sections for the "Commons of the Saints" (for those saints who have no proper chants for their Canonical Hours).

The Psalterium Davidicum was published as the first edition of this choir book in 1925 with the authorization of Dom Jean-Baptiste Ollitrault de Keryvallan, the third Abbot-General (1922-1929) of the Cistercian Order of the Strict Observance. By using the ancient title of the Order in the Mandatum (Psalterium Davidicum/Ad Usum Sacri Ordinis Cisterciensis), the Abbot-General makes clear that this book is intended for use by both the Common Observance and the Strict Observance of the Cistercian Family. The De Modo Cantandi et Psallendi (on the proper way to sing and to render the psalms) instead of the Monitum, quotes the earliest codices of the Order's choir books. Also included are the hymns used in the Hours of the Divine Office, some of which are proper to the Cistercians, and the antiphons for ferial days.

For connoisseurs of Gregorian Chant and for a serious study of the Chant, these books are a treasure trove.

We have been given the privilege of not only knowing and spending time with the Cistercians, but in selling these extraordinary and important books. I would never have dreamt, when I was studying fourteenth-century literature, that a beautiful continuum of the medieval world would be coming to our door and into our hearts.

How wonderful is that?