Bookseller Sentenced to 15 Months for Theft 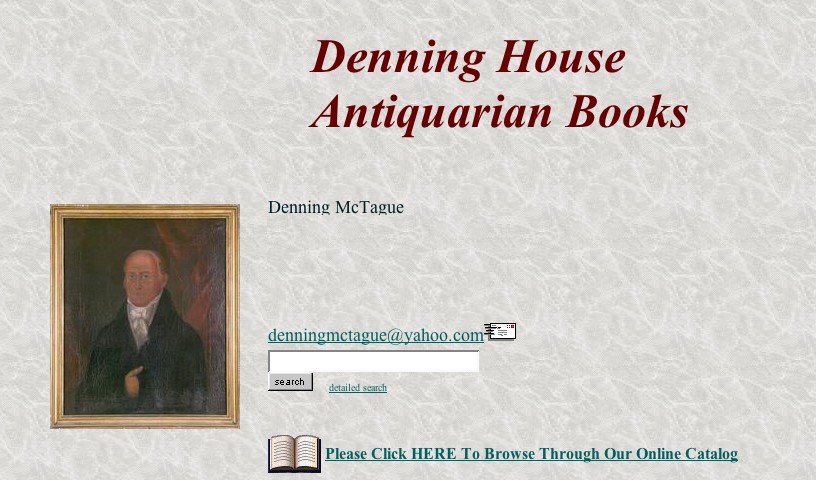 A Philadelphia bookseller was sentenced to 15 months in prison on July 12 after pleading guilty to stealing 146 documents from the National Archives, where he worked part-time as an unpaid assistant (at least unpaid in the traditional sense). Denning McTague's story may have an all too familiar ring to many booksellers, though hopefully the choices he made, and the penalty he will now endure, do not.

McTague reportedly inherited his business, Denning House Books, from his mother. The business was run from an historical old home ("Denning House") in Salisbury Mills, New York, near George Washington's headquarters at Newburgh. In time, the business would migrate to Philadelphia, and much of its sales to eBay.

McTague was a highly educated individual, with Masters degrees in Library Science and History. Those degrees will qualify the holder to be a scholar, but not necessarily financially wealthy. Many librarians and historians can attest to this. Nor does bookselling always qualify one to be wealthy, and many booksellers can confirm this too. According to statements filed by his attorney, McTague's business was not doing well, and he found himself in financial straits managing two residences along with a day job and a side career as a bookseller. Two jobs and still struggling will undoubtedly sound familiar to many booksellers, while the above average education and love of collecting fits the recently revealed Abebooks' profile of their sellers (though at age 40, he is younger than their typical 45-64).

McTague's next step seems a bit odd. With all of these responsibilities and financial challenges, most people would not sign up for substantial volunteer work. However, that is what he did, with the National Archives. With his age and degrees, McTague did not fit the typical profile for such volunteers, but the folks at the Archives may have believed this was part of a requirement for more advanced degrees. McTague began working on a project for the upcoming sesquicentennial of the Civil War. This gave him access to documents scholars could only handle under strict supervision. At the end of the day, he would stick them in his yellow notepad, and as a staff member, walk out without being inspected. Success must have begot more such attempts (reminiscent of the Smiley map stealing case) as he managed to remove 146 documents before being caught.

Ultimately, it is almost impossible to pull off such thefts forever. Often, it is some small, unexpected event that produces the downfall. In Smiley's case, it was a dropped razorblade on the floor, spotted by a sharp-eyed librarian. In McTague's, it was the coincidence of an eBay buyer recalling inspecting one of the documents being offered a long time ago at the National Archives. Brothers Dean and Jim Thomas recognized an item on eBay as one Dean had photocopied while doing research at the Philadelphia Regional Archives twenty years earlier. The Thomases, book publishers from Gettysburg, contacted the National Archives to see whether it had been sold off as an excess holding. It had not. Tracing the seller through eBay was not difficult, and McTague was trapped.